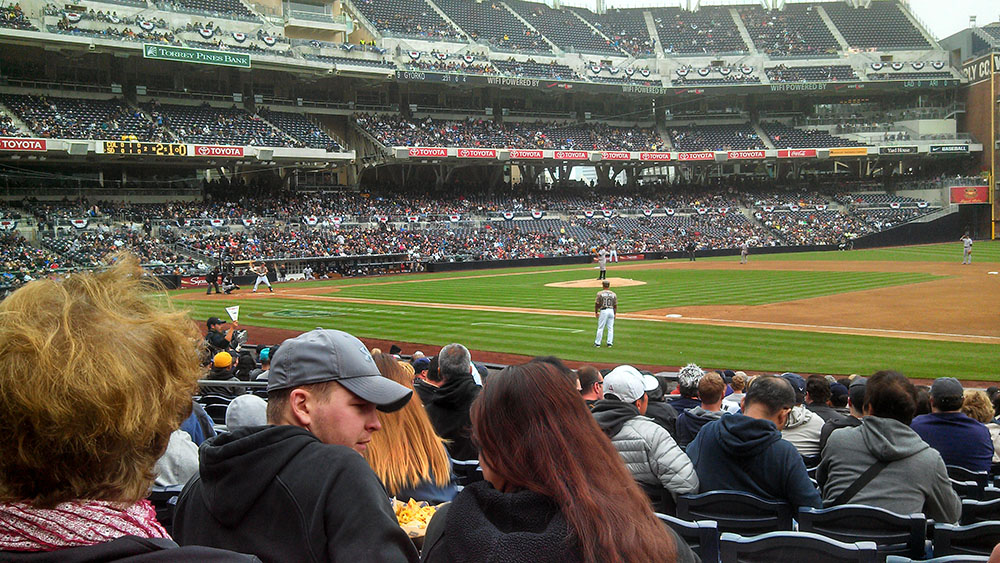 To celebrate the 30 days leading up to Opening Day 2015, NoNoHitters.com is highlighting each team’s no-no accomplishments in reverse order from the San Diego Padres (0) to the Brooklyn/Los Angeles Dodgers (25)

We start with the San Diego Padres, the only major league team void of a no-hitter.

A San Diego Padres pitcher has never hurled a no-hitter?

That’s correct … well, a Major League Padres pitcher has never hurled a no-hitter. Before the 1969 expansion the Padres were a minor league team in the Pacific Coast League, and the squad recorded three no-hitters. On May 7, 1959, Russ Heman no-hit the Vancouver Mounties en route to a 2-0 win, Allan Worthington no-hit Hawaii 5-0 on Aug. 26, 1961, and Sam Ellis got one against Tacoma on Aug. 14, 1962, 4-0.

So even with great pitchers like Randy Jones, Jake Peavy, Clay Kirby, the MLB club couldn’t break through?

None of them could do it, although Kirby came close … several times. And perhaps Kirby’s start on July 21, 1970 reveals the origin of The Curse.

In that game, the New York Mets were beating the Padres 1-0 but Kirby still had a no-hitter going through eight innings. With two outs in the bottom of the eighth, San Diego skipper Preston Gomez decided to pull Kirby for a pinch hitter, Cito Gaston. Gaston struck out, reliever Jack Baldschun gave up a ninth-inning lead-off single to Bud Harrelson and the Mets rallied to pad their lead to 3-0, which would be the final score.

Would Kirby have reached base and started a rally that would have given them a 2-1 lead and an eventual no-no win?

Would Kirby have struck out, yet kept the no-hitter alive through the top of the ninth to set up a ninth-inning Padres walk-off victory? We’ll never know, and the club still has no no-no.

So the Padres are cursed?

I have no idea, but perhaps a blessing from The Swinging Friar could help break it. Not sure if there’s a Franciscan prayer for no-hitters, but the gesture certainly couldn’t hurt.

There must have been some no-hitters against the Padres, right?

You are correct. Padres teams have watched nine no-hitters during their 45 years of existence. This group of pitchers includes a pair thrown by Tim Lincecum in 2013 and 2014, and one each by Dock Ellis (while tripping on LSD), Milt Pappas, Phil Niekro, a Braves’ group of three (Kent Mercker, Mark Wohlers and Alejandro Pena), A.J. Burnett, Bud Smith and Jonathan Sanchez. For more detail, visit our No-hitters thrown against the Padres page.

I’m pretty sure the Padres had some one-hitters, right?

Yes, 28 to date. Andrew Cashner, Randy Jones and Bruce Hurst had two each, Mat Latos and Andy Benes each had one complete game one-hitter and the majority of second ones that were cleaned up by the bullpen. Four of the Padres’ one-hitters were no-hitters until the eighth inning. For more detail, visit our Padres one-hitters page.

Back up a bit. Did you say that Dock Ellis no-hit the Padres while tripping on acid?

Yes, and it’s apparently not an urban legend. He thought the Pirates had a day off and decided to drop a few tabs before realizing that Pittsburgh had a doubleheader and he was scheduled to pitch Game 1. The Dallas Observer, an alternative weekly, has a comprehensive retelling of the odd feat, quoting a then drug-free Ellis, who passed away in 2008. The win apparently wasn’t pretty, as Ellis walked eight and hit at least one batter. To hear the tale in Ellis’ own words set to an animated video, visit our No-hitters against the Padres page.

Was the Mets’ no-hitter drought the longest in Major League Baseball history?

Any other streaks the Padres need to break?

Yes. In addition to never throwing a no-no, a San Diego player has never hit for the cycle (a home run, triple, double and single in the same game). The Padres share that distinction with just one team, the Miami Marlins, who entered the league in 1993 as the Florida Marlins. Even the Mets, who went 50+ years without a no-hitter, had 10 players hit for the cycle.

Have the Padres accomplished any rare feats?

Well there have been no no-nos or cycles, but the San Diego Padres have turned seven triple plays in their history. (See details on our Padres triple plays page.)

Unfortunately, triple plays have been more than twice as easy to obtain as no-hitters or hits for the cycle, which are truly baseball’s rare feats.