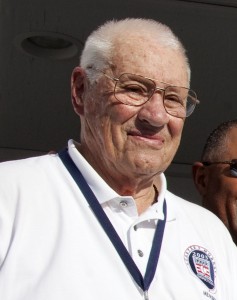 Gray’s effort was the best 2015 Opening Day effort of many. The Washington Nationals’ Max Scherzer and the Cleveland Indians Cory Kluber’ no-hit their Opening Day opponents through 5 2/3 innings on Monday.

Also on Monday, the Detroit Tigers’ David Price threw 4 1/3 innings of perfect ball before the Minnesota Twins’ Kennys Vargas broke it up with a one-out single.

Feller, who threw an Opening Day no-no for the Cleveland Indians on August 16, 1940, tossed two additional no-hitters for Cleveland.