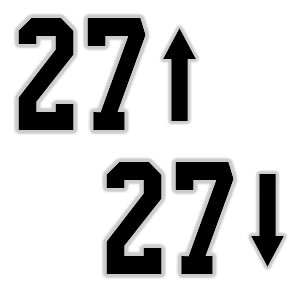 Buehrle’s second effort was on April 18, 2007, when he no-hit the Texas Rangers. Buehrle had picked off Sammy Sosa from first after the designated hitter drew a fifth inning walk.

His lesser-known 27-up, 27-down performance was on July 21, 2004, when he threw a two-hit, 14-0 complete game against the Cleveland Indians. Buehrle was perfect through 6⅓ until Omar Vizquel singled with one out in the seventh. Vizquel was retired when Matt Lawton grounded into an inning-ending double play.

The next inning, pinch-hitter Tim Laker led off with a single, but Casey Blake doubled him up. Buehrle completed the effort, throwing just 90 pitches (67 for strikes).

I did some research on the Baseball-Reference.com Play Index and found that there have been 33 games in which a starter threw a complete game, faced the minimum 27 batters yet gave up at least one hit. Sixteen were one-hitters, 10 were two-hitters and six were three-hitters.

Only John Candalaria has accomplished this rare feat while yielding four hits. It happened on July 25, 1982, with Candalaria’s Pittsburgh Pirates facing the Atlanta Braves at Three Rivers Stadium.

Candalaria lost his no-hitter in the first inning on a one-out Rafael Ramirez single, but catcher Steve Nicosia threw him out on a steal attempt.

Glenn Hubbard got the game’s fourth hit in the ninth with a lead-off infield single, but Bruce Benedict cleared the bases with a 6-4-3.

The most recent 27-up, 27-down with at least one hit was on May 29, 2014, when the Arizona Diamondbacks’ Josh Collmenter threw a 3-hit 4-0 shutout against the Cincinnati Reds (a double and two singles paired with three double-plays).

Before that, the San Diego Padres’ Andrew Cashner faced the minimum 27 during his 2-0 one-hit complete game victory against the Pittsburgh Pirates on Sept. 16, 2013 at PNC Park. The no-no was broken up by Jose Tabata with a 7th-inning single to right, but Tabata was sent back to the dugout on a double-play.

The SAN DIEGO PADRES began play 50 years, 10 months, 20 days ago and have never thrown a no-hitter. Learn more about the streak here.

The CLEVELAND INDIANS own the longest current no no-no streak among teams that have thrown a no-hitter. It has been 38 years, 9 months, 13 days ago since Len Barker tossed a perfect game agains the Toronto Blue Jays at Cleveland Stadium.

The OAKLAND ATHLETICS haven't fallen victim to a no-hitter since 28 years, 7 months, 15 days ago, the longest current streak.