Yankees legend Berra caught his final games with the ’65 Mets 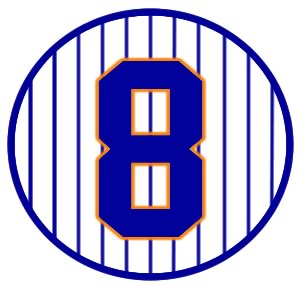 Yogi Berra, the Hall of Fame great who died Tuesday at the age of 90, is known mostly by New York Yankees fans as a catcher and by New York Mets fans as a manager.

But Berra’s final four games behind home plate were actually in a Mets uniform, and he did so after managing the Yankees to the 1964 American League pennant.

Berra, who caught Don Larsen’s World Series perfect game in 1956, took over as skipper in the Bronx in 1964 when Ralph Houk stepped into the general manager role. Berra led the Yankees to a 99-63 record, finishing the year one game ahead of the Chicago White Sox. New York faced St. Louis in the World Series but lost to the Cardinals in seven games. Houk had already made the decision to fire Berra, and that move was made official after the World Series.

The Cardinals manager, Johnny Keane, resigned as manager of the Cardinals and was handed the keys to the Yankees. Such abrupt moves and new ownership led the Yankees franchise down a dark path.

Berra, meanwhile, jumped boroughs and signed as a player-coach for the Mets. Berra appeared in four games in early May — two as a pinch-hitter and two as a catcher — before hanging up the cleats for good and settling in as a full-time coach.

Berra hit just 2-for-9 in those games, which included three Mets losses. His best performance was going 2-for-3 while catching Al Jackson’s May 4 2-1 complete game win against the Philadelphia Phillies.

Berra took over as Mets’ manager after Hodges death and lead the team to its second National League pennant in 1973. The Mets lost the ’73 World Series to the A’s. He stayed with the club until midway through the ’75 season, when he was replaced by interim manager Roy McMillian.