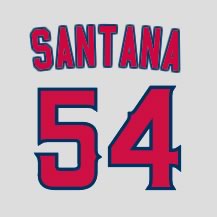 Happy 33rd birthday to Ervin Santana, who threw a no-hitter against the Cleveland Indians in 2011 despite allowing the leadoff hitter to score.

On Wednesday, July 27, 2011, at Jacobs Field, Santana led the Los Angeles Angels to a 3-1 win over the Tribe without allowing a single hit.

But he did allow a run, and it came in the first inning. The Indians’ leadoff man Ezequiel Carrera reached first on an error by Erick Aybar, stole second, advanced to third on a ground out and then scored on a wild pitch. It was Santana’s only walk, as he settled down to strike out 10 while completing the no-hitter.