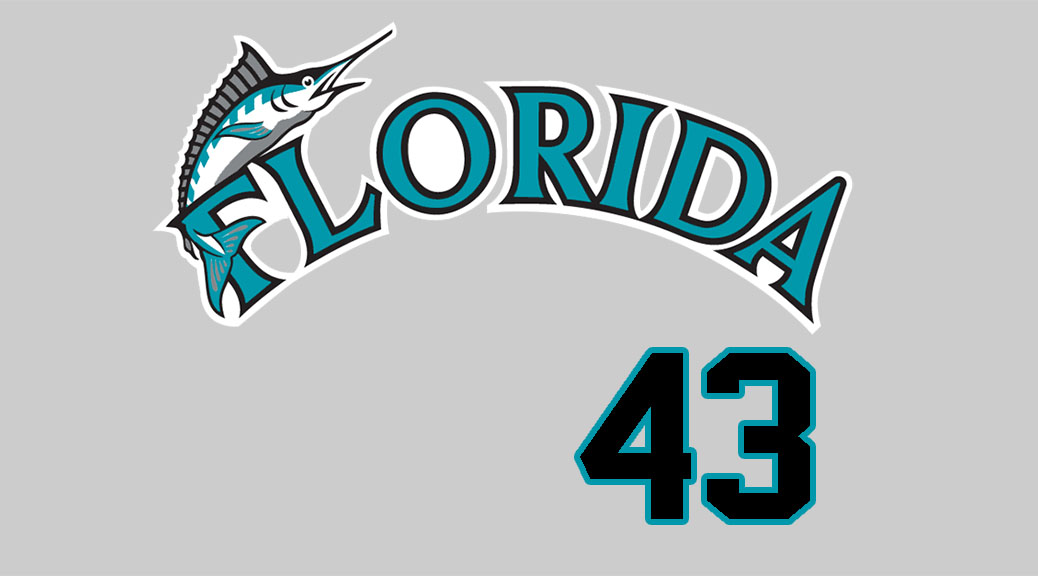 A.J. Burnett’s no-no ball in the Hall of Fame.

Happy 39th birthday to A.J. Burnett, who threw the Florida Marlins’ third no-hitter in their brief nine-year history in 2001.

At Qualcomm Stadium on Saturday, May 12, 2001, Burnett no-hit the San Diego Padres for a 3-0 win despite facing 36 Padres batters. Burnett walked nine and broke Padres second-baseman Damian Jackson’s thumb by hitting him with a pitch, but he held the team hitless for one of the most unlikely no-nos in modern-era Major League history. Every Padres position player reached base, and Burnett threw only 65 of 129 pitches for strikes.

The game tied Dock Ellis’ record for most batters faced in a nine-inning no-hitter (36), yet Ellis accomplished his feat while hallucinating on LSD. The Cincinnati Reds’ Jim Maloney faced 40 batters during his 10-inning no-no against the Chicago Cubs in 1965, walking 10 and hitting another batter with a pitch.

Burnett’s no-no was one of two thrown against the Padres in 2001. The St. Louis Cardinals’ Bud Smith, a 21-year-old rookie making his 11th career start, tossed his in September.

Here’s the last out of Burnett’s no-no: