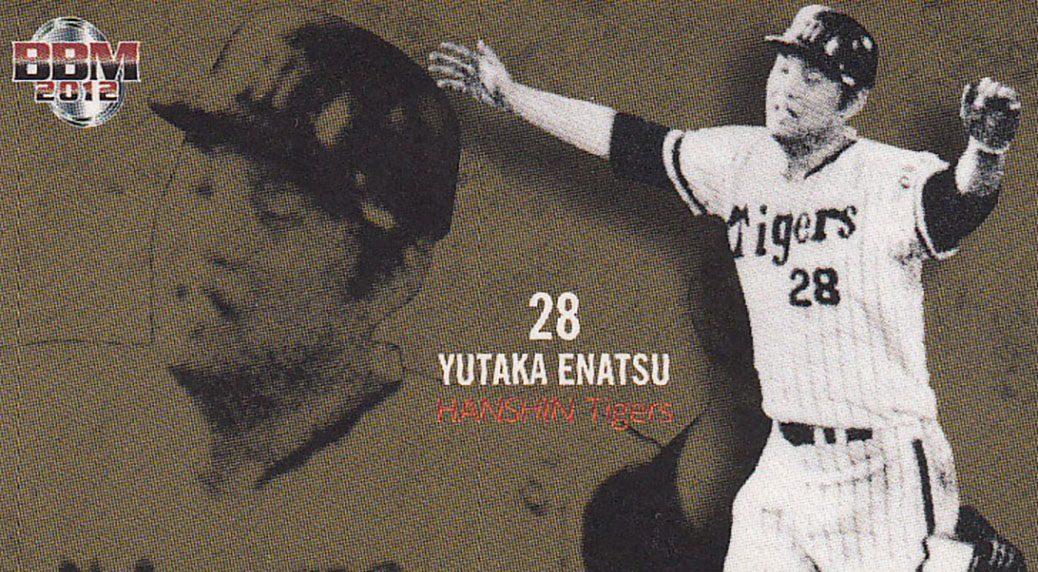 The date was Aug. 30, 1973, and Hanshin Tigers pitcher Yutaka Enatsu dug into the Hanshin Koshien Stadium batter’s box in the 11th inning with hopes of breaking a scoreless tie.

Enatsu was Hanshin’s 25-year-old strikeout ace, and the southpaw had been holding the Chunichi Dragons hitless over 11 innings of work. Unfortunately, his Tigers couldn’t score him a run, and the .150 lifetime batter was on the verge of having to return to the mound for a 12th inning. (Shades of Harvey Haddix there, huh?)

But Enatsu had enough. He knocked a home run over the fence, rounded the bases and touched home plate to complete his 1-0, 11-inning no-hitter.

In the U.S. it’s known as a “walk-off homer,” and no major league pitcher has ever capped his own no-no with such a feat. In Japan, it’s called a “sayonara home run,” and Enatsu’s 1973 blast remains in a class of its own.

Enatsu’s gem was the 59th of 89 single-pitcher Japan Baseball League/Nippon Professional Baseball no-hitters dating back to 1936, and we’re now hosting a list of Japanese no-hitters on NoNoHitters.com. The list also includes the leagues’ four combined no-hitters, including one in Game 5 of the 2007 Japan Series, and two All-Star no-nos.

Two Japanese pitchers appear on our major-league no-nos list. Hideo Nomo tossed no-hitters for the Los Angeles Dodgers in 1996 and for the Boston Red Sox in 2001. The Seattle Mariners’ Hisashi Iwakuma added one in 2015.