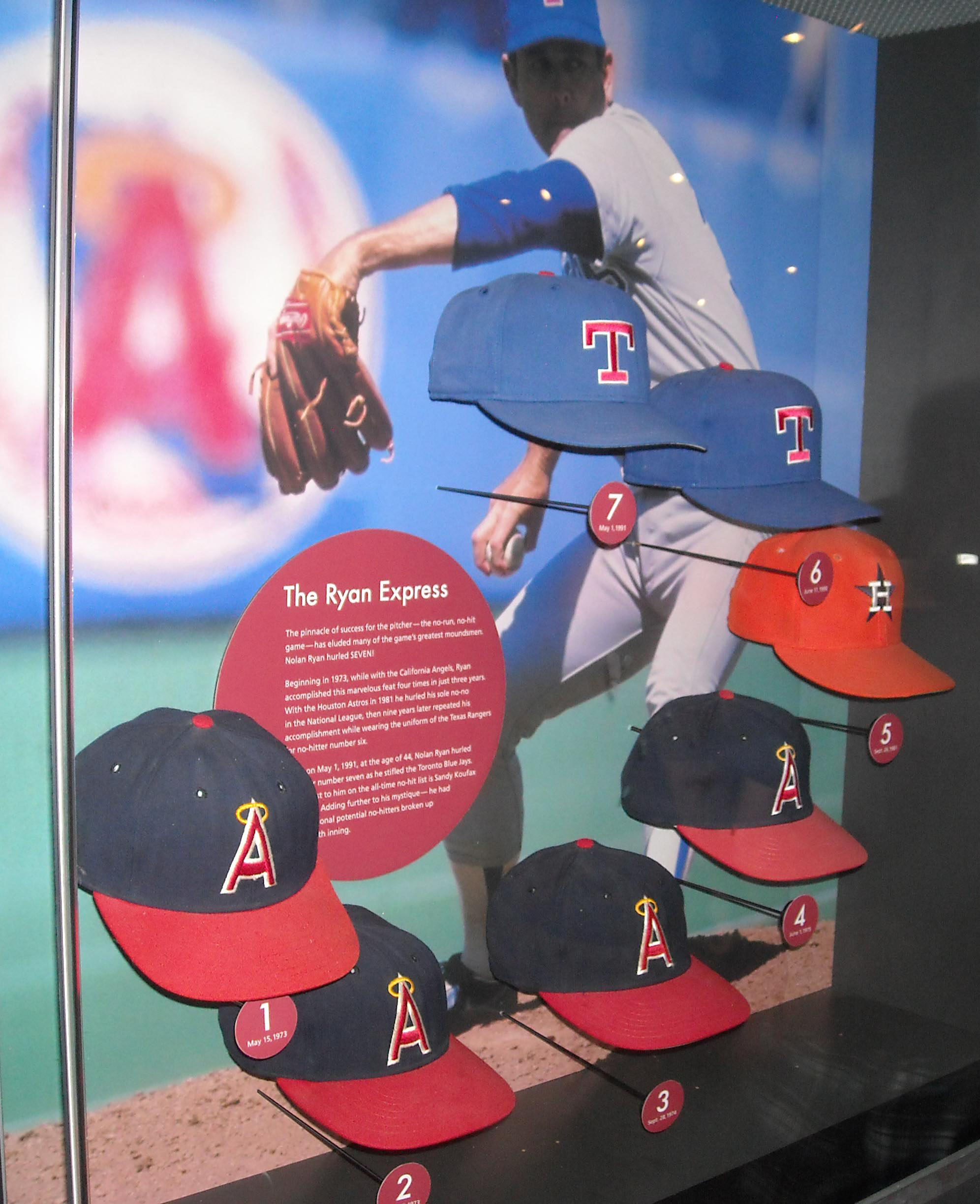 Ryan holds the major league record for no-hitters with seven. He tied Sandy Koufax’s mark of four no-hitters in 1975 and broke the record in 1981.