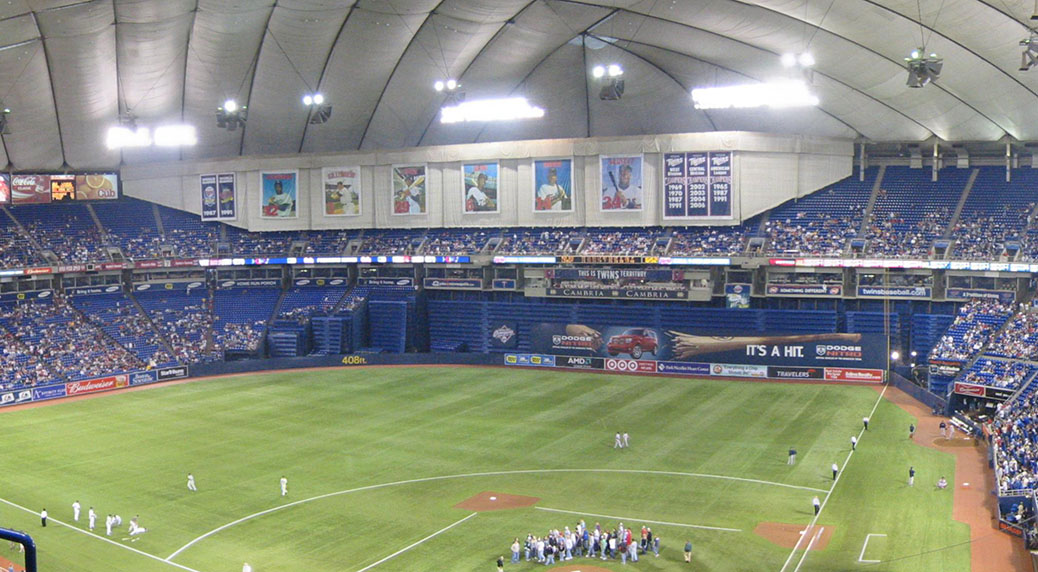 Happy 48th birthday to Scott Erickson, who threw a no-hitter for the Minnesota Twins in 1994.

Erickson had been struggling when he took the ball on Wednesday, April 27, 1994, entering the game with a 7.48 ERA. But he treated the 18,000 fans at the Hubert H. Humphrey Metrodome by no-hitting Milwaukee Brewers for a 6-0 win, walking four and striking out five.

Erickson’s gem was only the second no-hitter against the Milwaukee Brewers, coming 20 years after the Kansas City Royals’ Steve Busby no-hit Milwaukee on June 19, 1974.

It was also the first no-no in the Metrodome, which had a reputation as a hitter’s park. The dome saw just one other no-hitter during its history from 1982 to 2009 – Eric Milton’s 7-0 no-hitter against the Anaheim Angels in 1999.