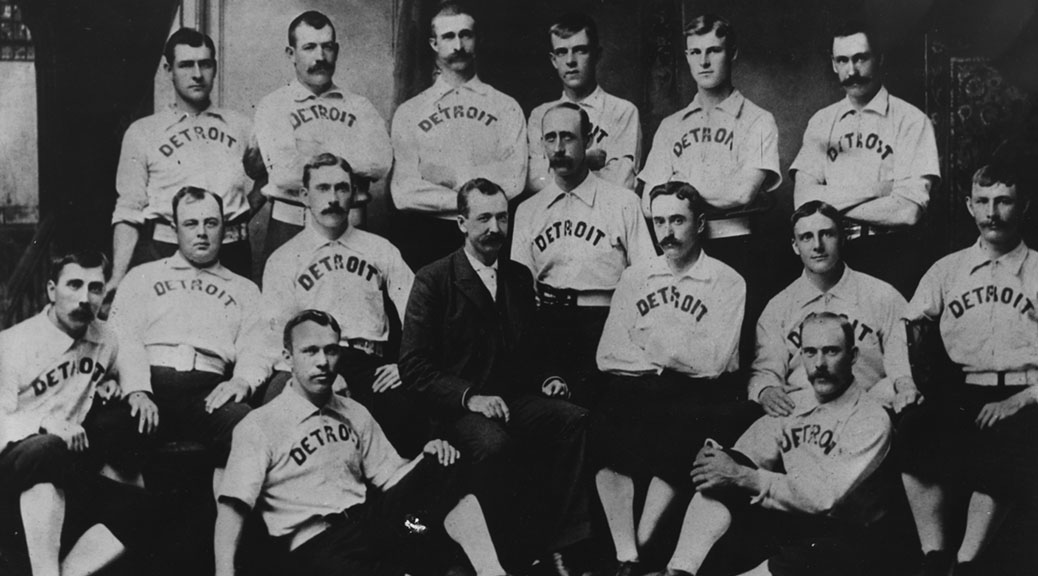 Happy 152nd birthday to Charlie “Pretzels” Getzien, who threw a six-inning rain-shortened no-hitter for the National League’s Detroit Wolverines in 1884.

Getzien tossed six innings of no-hit ball against the Philadelphia Phillies on Wednesday, October 1, 1884, at Detroit’s Recreation Park. The Wolverines were leading 1-0 when Milt Scott and Getzien hit back-to-back singles in the seventh inning before the rain started to fall.

“It did not rain very hard nor very long, but [umpire Sterwart] Decker decided that the grounds were too wet, it was already too dark and he called the game,” noted the Detroit Free Press.

And how did the German-born Getzien earn the nickname “Pretzels”? Sporting Life explains the right-hander’s “pretzel curve.”

“In delivering his ‘pretzels,’ ‘Gets’ faces third base with one foot in either corner of the lower end of the box,” the paper said. “Bending the left knee slightly, he draws his right arm well luck. Then, straightening up quickly, he slides the left foot forward with a characteristic little skip, and, bringing his arm around with a swift overhand swing, drives the ball at a lively pace.”