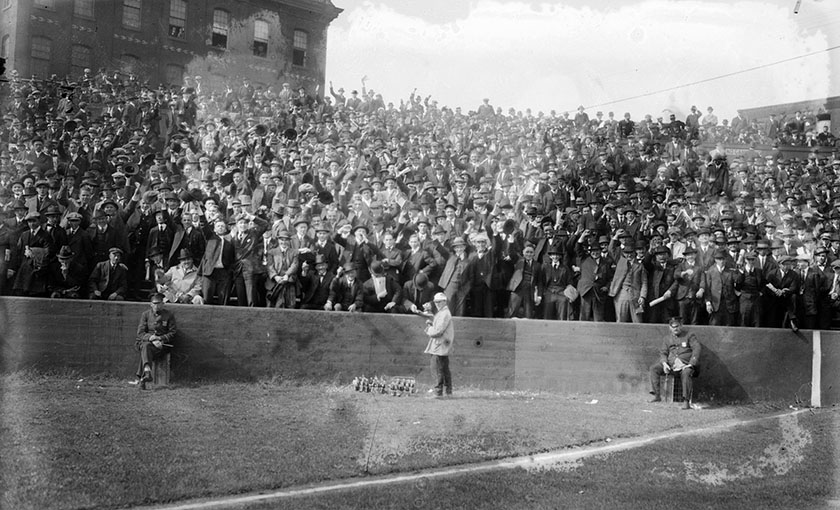 Celebrating a no-no birthday today is Jeff Tesreau, who threw a no-hitter for the New York Giants back in 1912.

The scorecard initially credited Phillies leadoff batter Dode Paskert with a first-inning hit, but the official scorer changed his ruling after the game to give Tesreau the no-no. The disputed play was Paskert’s short fly ball near home plate that dropped between first baseman Fred Merkle and catcher Art Wilson