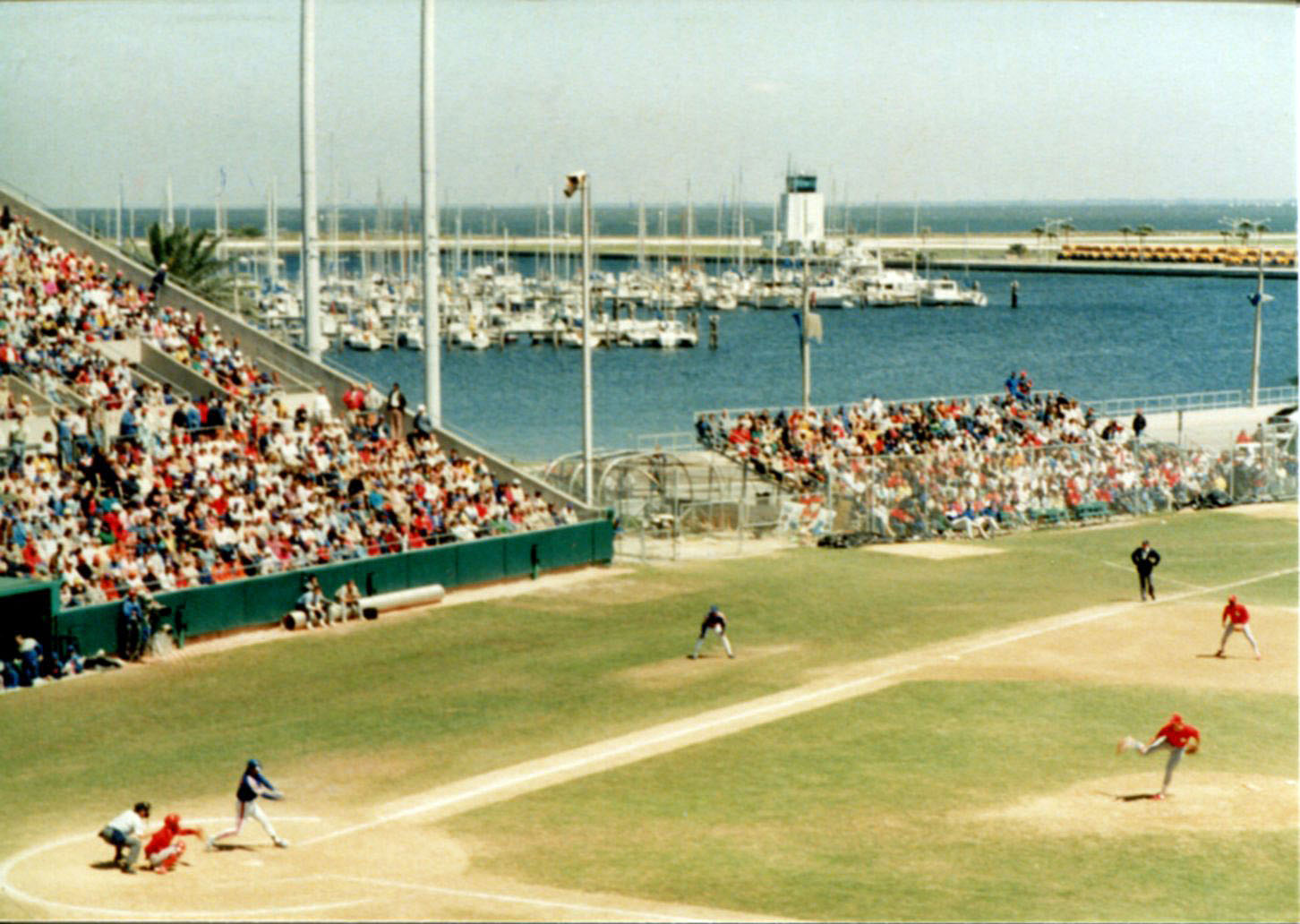 On Tuesday, March 30, 1948, at Al Lang Stadium in St. Petersburg, Florida, Dickson no-hit the Yanks for a 7-0 win. The losing pitcher was Bill Bevens, who just missed tossing the World Series’ first no-hitter the previous season in what became known as the “Cookie Game.” In Game 4 of the 1947 World Series, Bevens threw 8 2/3 innings of no-hit ball before Cookie Lavagetto lined a double off the right field wall to kill the no-no and drive home two runs for the Dodgers win.