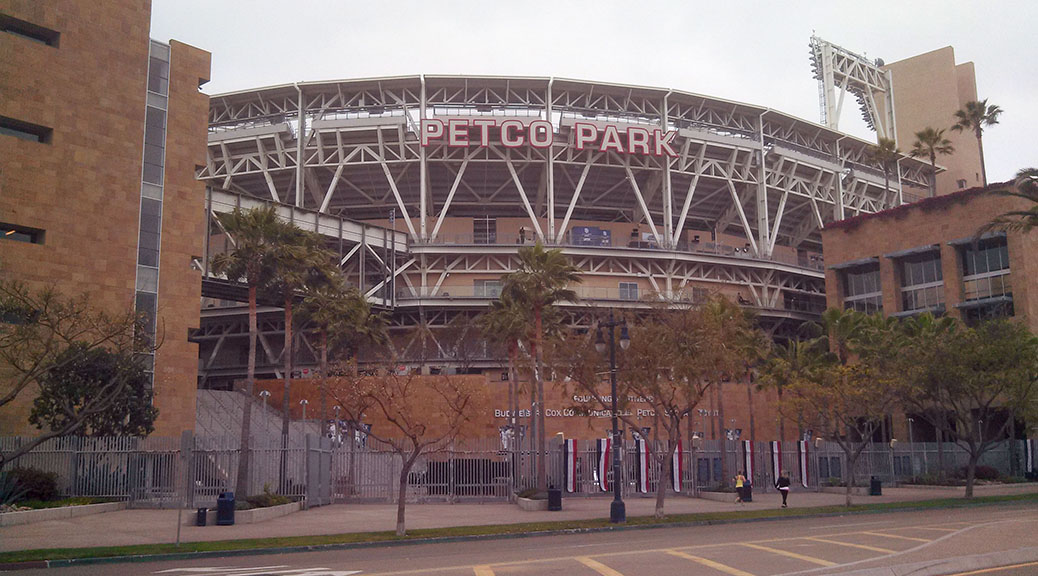 The San Diego Padres, the only club still without a no-hitter, set a major-league record Wednesday night by becoming the first club to begin a season by getting shut out three straight times.

In going down 1-2-3 in the ninth against the Los Angles Dodgers in the 7-0 loss, the Padres surpassed the 1943 St. Louis Cardinals, which couldn’t score that club’s first run until the eighth inning of the squad’s third game (Stan Musial scored on a passed ball).

The Padres at least got rid of one albatross last season. On Friday, August 14, 2015, Matt Kemp notched a single, double, triple and home run to become the Padres’ first player to hit for the cycle since the team’s inception in 1969. The Padres are still awaiting the club’s first no-hitter: 7,493 games and counting.