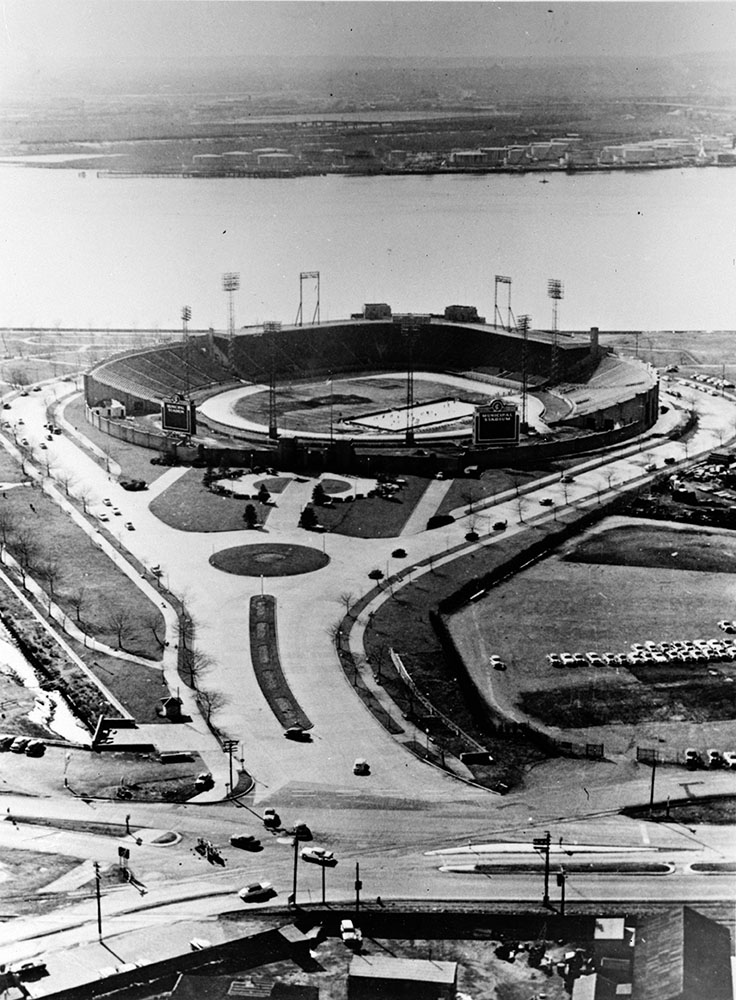 The Brooklyn Dodgers played 15 regular-season games at Jersey City’s Roosevelt Stadium during the 1956 and 1957 seasons. The first was on April 19, 1956, and the Dodgers topped the Philadelphia Phillies for a 10-inning 5-4 win in an error-filled game (5 errors for the Dodgers, 3 for the Phillies). More than 12,000 fans watched the game.

The Dodgers actually went 6-1 at Roosevelt Stadium in 1956 and clinched the National League pennant, but the team lost the World Series to the New York Yankees, thanks in part to Don Larsen’s perfect game in Game 5.