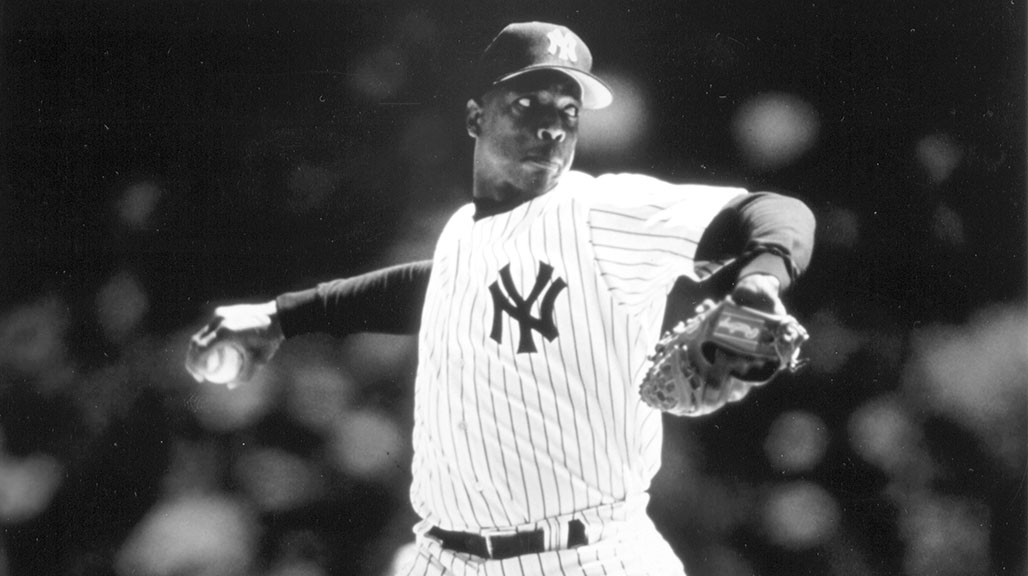 Today is the 20th anniversary of Dwight Gooden’s no-hitter for the New York Yankees.

On Tuesday, May 14, 1996, Gooden no-hit the Seattle Mariners for a 2-0 victory at Yankee Stadium. “Doc” appeared to be running out of steam in the ninth frame as he walked Alex Rodriguez and Edgar Martínez and then threw a wild pitch to allow runners to reach second and third. But he recovered to strike out Jay Buhner and then got Paul Sorrento to pop out to short to complete the no-no. Teammates carried the 31-year-old hero off the Yankee Stadium field to the cheers of more than 20,000 fans.

Gooden thrice came close to getting a no-no while with the New York Mets:

Also throwing a no-hitter on this date was the Kansas City Royals’ Jim Colborn. On Saturday, May 14, 1977, Colborn no-hit the Texas Rangers for a 6-0 win at Royals Stadium.