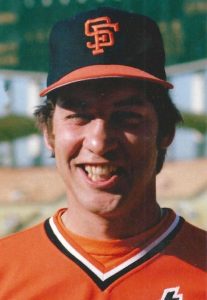 Happy 66th birthday to John Montefusco, who threw a no-hitter for the San Francisco Giants in 1976.

On Wednesday, September 29, 1976, at Atlanta-Fulton County Stadium, “The Count” no-hit the Atlanta Braves for a 9-0 win. Montefusco struck out four and allowed just one base runner, issuing a fourth-inning walk to Jerry Royster.