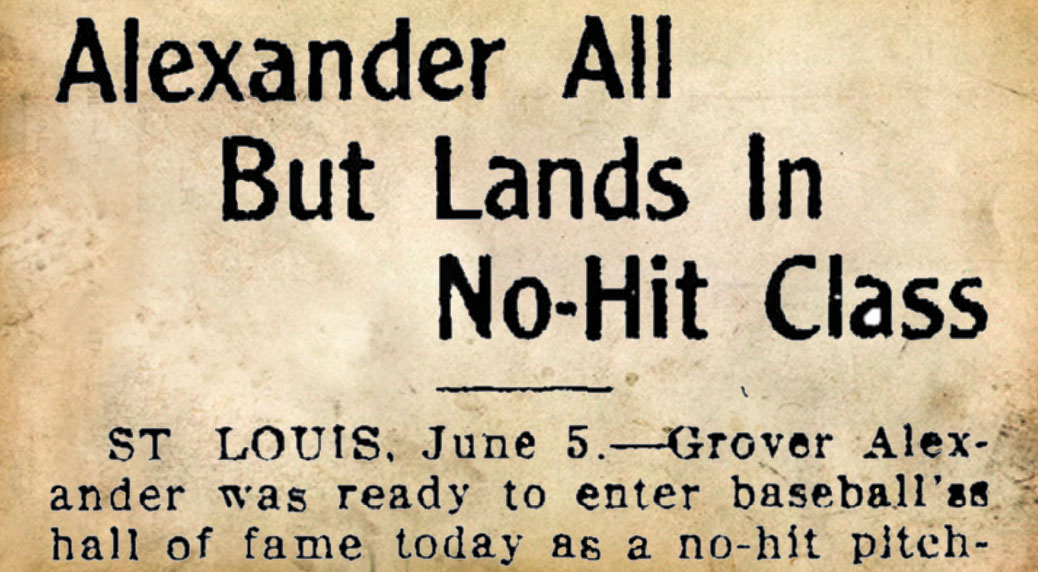 The winningest pitcher to not throw a no-hitter played his last major-league game, 86 years ago today.

On May 28, 1930, the Philadelphia Phillies’ Grover Cleveland Alexander finished out his career with a relief appearance during the team’s 5-1 loss to the Boston Braves. The Phils were already down 3-1 at Braves Field when Alexander came in and pitched two innings, giving up two runs and two hits.

Alexander compiled a 373-208 record with a 2.56 ERA over a 20-year career with the Philadelphia Phillies, the Chicago Cubs and the St. Louis Cardinals. He returned to the Phillies for the 1930 season, but only added three losses to his record before hanging up the cleats.

“Ol’ Pete” came close to a no-no in 1915. He was dominating the St. Louis Cardinals on June 5, 1915, and was one out away from a no-hitter when Cardinals shortstop Artie Butler popped a single into short center field. Alexander held on for a 3-0 complete-game one-hit shutout. It was the first of his four career one-hitters.