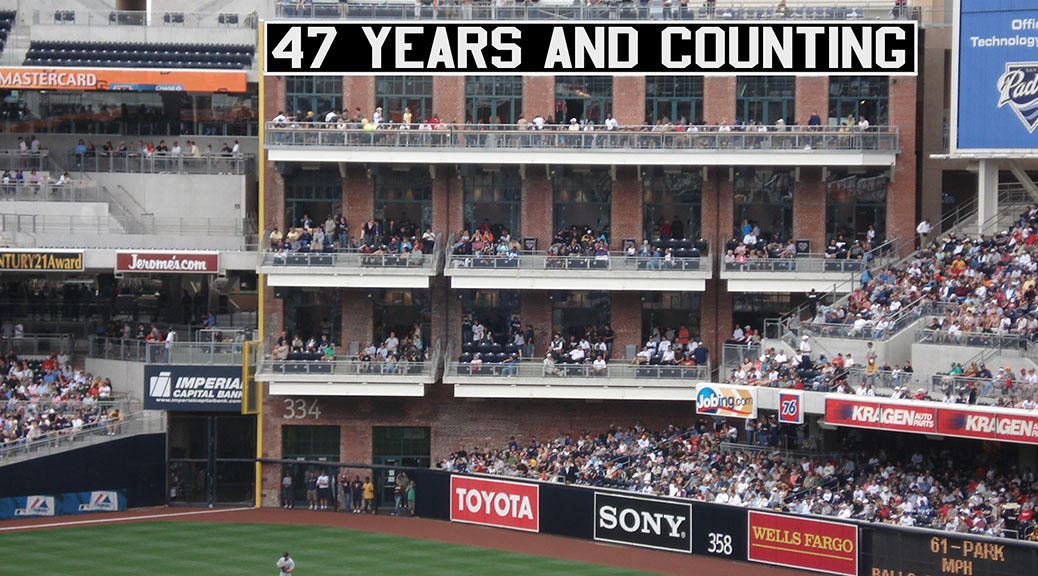 The California Angels’ Clyde Wright tossed a no-no 46 years ago today, but July 3 is also a big day San Diego no no-no history with three Padres pitchers taking no-hitters into the eighth inning.

On this day in 1975, Randy Jones took a perfect game into the eighth against the Cincinnati Reds but lost it when shortstop Hector Torres fielded a Tony Perez grounder and threw the ball into the stands for an error. Jones got George Foster to ground out to keep the no-no active through 7⅓, but said goodbye to that potential feat on a Bill Plummer double. He had to settle for his second one-hitter, with the earlier one coming in May of the same year.

On July 3, 1994, Andy Benes took a no-hitter into the eighth inning against the New York Mets but lost it on a Rico Brogna lead-off double. He held on for the one-hit complete game 7-0 shutout.

And on this day in 2004, the Padres’ Adam Eaton held the Kansas City Royals hitless for seven innings and had a 4-0 lead when Dee Brown lead off the eighth with a double to left. Eaton and reliever Akinori Otsuka wound up yielding three hits as Kansas City tied the game, but the Padres scored a run in the bottom of the eighth and held on for a 5-4 victory.

There has been just one major league no-hitter on this date. On July 3, 1970, Wright tossed a no-hitter against the Oakland Athletics in a 4-0 win at Anaheim Stadium.