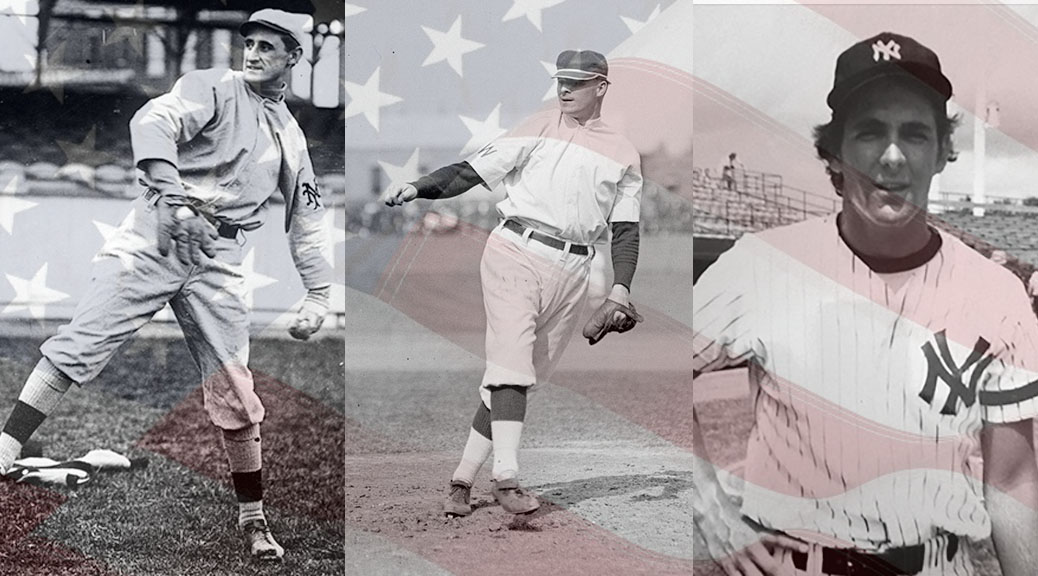 Happy Fourth of July, and on this day we recognize the only four pitchers to throw Independence Day no-nos: The New York Yankees’ Dave Righetti, the Pittsburgh Crawfords’ Satchell Paige, the Detroit Tigers’ George Mullin and the New York Giants’ George “Hooks” Wiltse.

On Monday, July 4, 1983, in front of more than 41,000 fans at Yankee Stadium, Righetti no-hit the Boston Red Sox for a 4-0 win. Righetti struck out nine and walked four in the game, catching the pesky Wade Boggs lunging for a breaking ball to complete the no-no.

You have to go back another 49 years for the next July 4 no-no, and it was thrown in a Negro Leagues match-up between Paige’s Pittsburgh Crawfords and the Homestead Grays. Paige struck out 17 batters in the game for the second of his two documented no-hitters (he likely threw many more).

The next Fourth of July no-no was thrown on July 4, 1912, during the second game of a Thursday doubleheader, Mullin no-hit the St. Louis Browns for a 7-0 win at Navin Field. Mullin was also born on the Fourth of July back in 1880.

The third July 4 no-no was nearly a perfect game. On July 4, 1908, during the first game of a Saturday doubleheader at the Polo Grounds, Wiltse was perfect before hitting the Philadelphia Phillies’ George McQuillen with a pitch. Wiltse finished with a 10-inning 1-0 no-hitter.