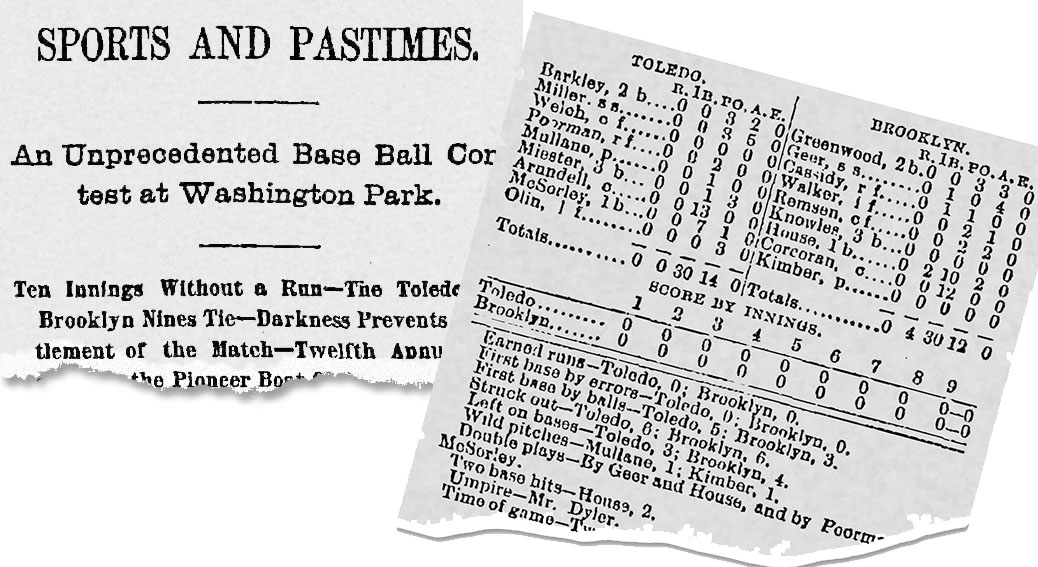 On Saturday, October 4, 1884, Kimber threw 10 innings of no-hit ball against the Toledo Blue Stockings at Brooklyn’s Washington Park but his team couldn’t score him a run off Toledo pitcher Frank Olin, who yielded just four hits. The game was called at the conclusion of the 10th inning due to darkness.

Another no-hitter was thrown on this date seven years after Kimber’s gem. During the first game of a Sunday, October 4, 1891, doubleheader, the St. Louis Browns Ted Breitenstein no-hit the Louisville Colonels for an 8-0 win at Sportsman’s Park.