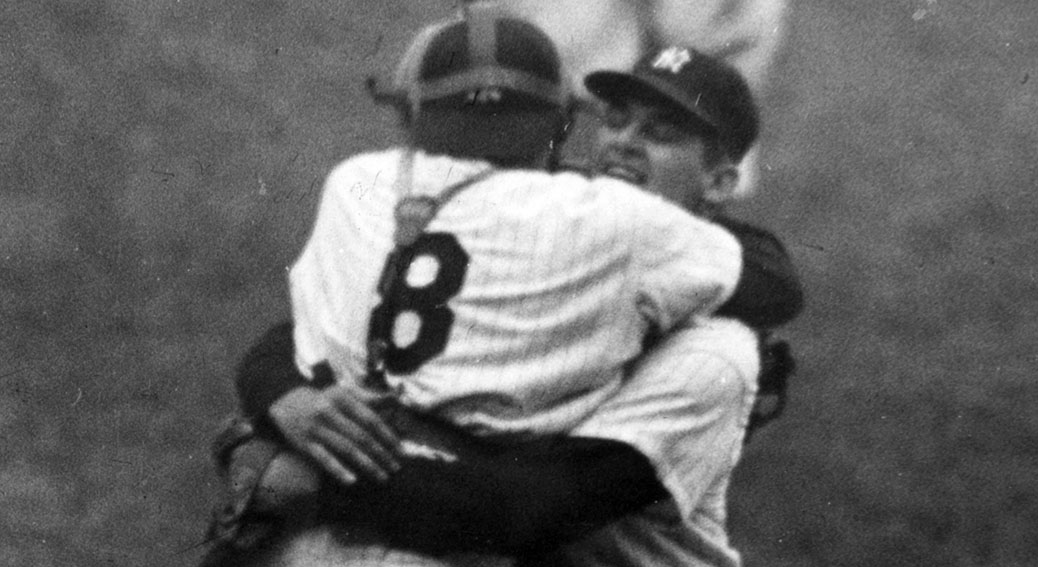 Today is the 60th anniversary of Don Larsen’s perfect game for the New York Yankees in Game 5 of the 1956 World Series — the first no-hitter in postseason history.

Larsen retired all 27 Brooklyn Dodgers batters he faced at Yankee Stadium on Monday, October 8, 1956 for a 2-0 win. I had the pleasure of interviewing Larsen for the “Postseason Perfection” chapter of my book Baseball’s No-Hit Wonders. It is one of my all-time favorite interviews. He is, of course, extremely proud of the accomplishment and remembers it in vivid detail. When I asked him how he felt when Roy Halladay tossed a no-hitter in the 2010 NLDS, he replied, “It didn’t bother me a bit. It was the playoffs. That wasn’t a World Series game, anyway.”