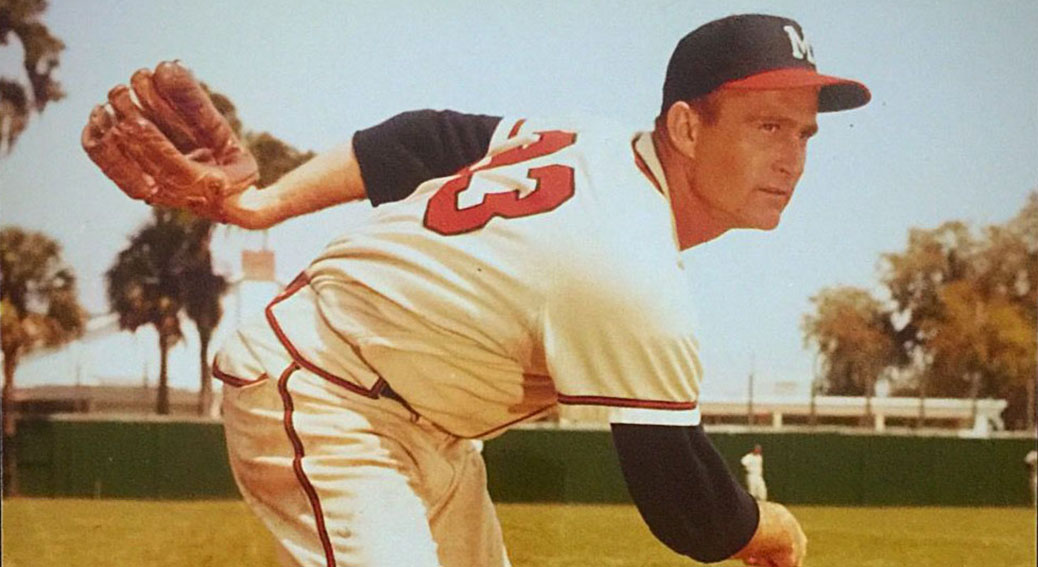 Lew Burdette, who threw a no-hitter for the Milwaukee Braves in 1960, was born 90 years ago today.

On Thursday, August 18, 1960, Burdette no-hit the Philadelphia Phillies for a 1-0 win at Milwaukee County Stadium. Tony Gonzalez became the lone Philadelphia base runner after Burdette hit him with a pitch in the fifth inning. Gonzalez was quickly sent back to the dugout when Lee Walls lined into a 5-3 double-play.

Burdette, who spent five years in the New York Yankees’ minor league system, is best known for his performance in the 1957 World Series. He beat the Yankees in Game 2, Game 5 and Game 7 to lead the Braves to a title and win the MVP.

Burdette was also the winning pitcher in the 1959 regular season game in which the Pittsburgh Pirates’ Harvey Haddix threw 12 perfect innings, only to lose the game (and the no-hitter) in the 13th.
Burdette’s line that day was 13 IP, 0 R, 12 H, 2 SO, 0 BB.