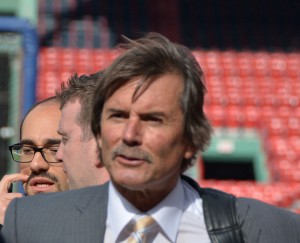 Today is the 40th anniversary of the no-hitter thrown by the Cleveland Indians’ Dennis Eckersley.

On Monday, May 30, 1977, Eckersely walked just one Angels batter at Cleveland Stadium as the Indians topped California 1-0. Eckersley, who also pitched for the Boston Red Sox, Chicago Cubs and Oakland A’s, currently serves as a special assistant to A’s team presdident Dave Kaval.