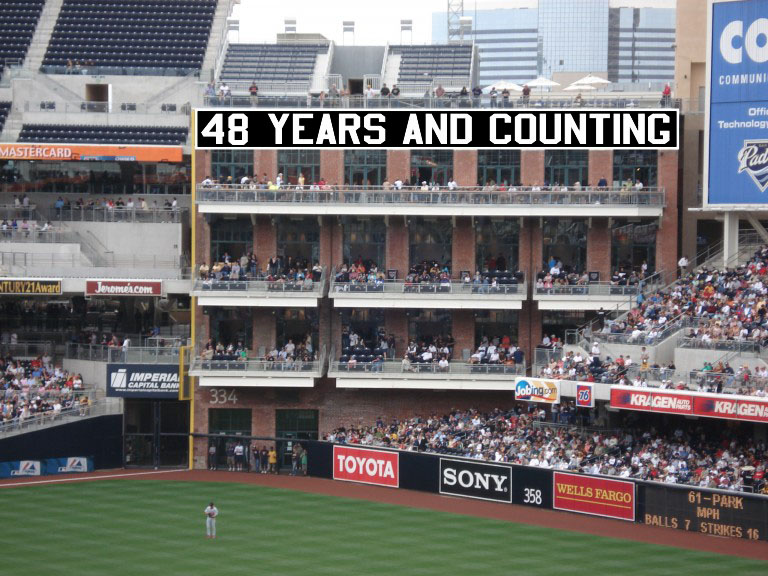 The Padres continue their march toward the Mets’ mark of futility, which hit 8,019 games before Johan Santana no-hit the St. Louis Cardinals.