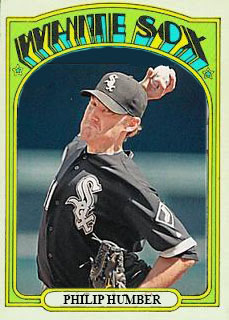 Happy 35th birthday to Philip Humber, who threw a perfect game for the Chicago White Sox in 2012.

On Saturday, April 21, 2012, Humber retired all 27 Seattle Mariners he faced for a 4-0 win at Safeco Field. He struck out nine batters and completed the feat using just 96 pitches.

Humber retired in 2016 with a 16-23 record over an eight-year career with the Mets, Twins, Royals, White Sox and Astros.