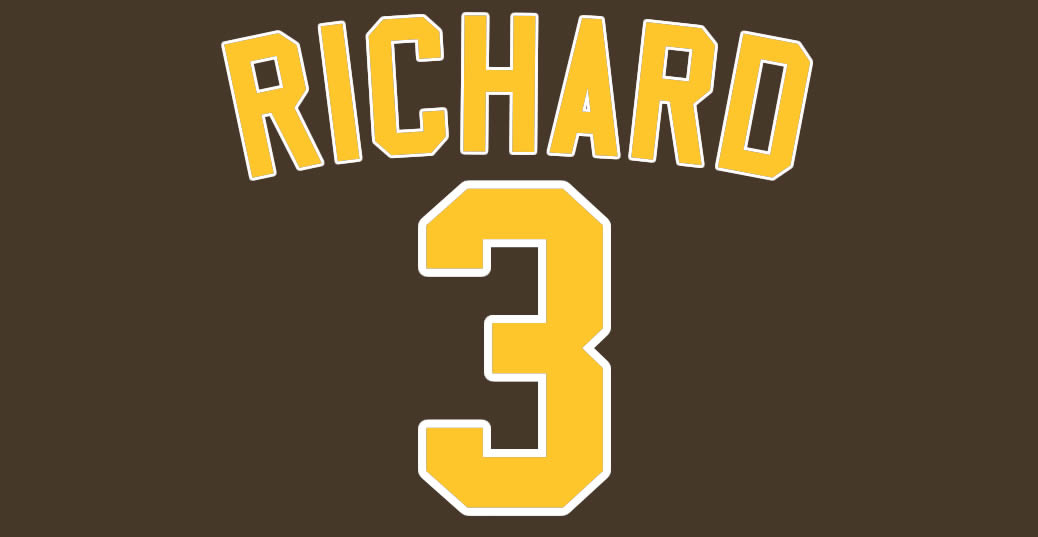 The tradition of pitchers wearing of double-digit numbers dates back to the birth of uniform numbers in 1927, when the batting lineup dictated uniform numbers. The backup catcher often got No. 9, so the pitching staff was left with 10 and up.

No single-digit-wearing pitcher has ever thrown an MLB no-hitter. The lowest no-no number is No. 11, with Doc Gooden (New York Yankees, 1996) and Hideo Nomo (Boston Red Sox, 2001) and completing the feats.

Three pitchers who have thrown no-hitters have worn single-digit numbers at some point in their careers.

Five active MLB starting pitchers (and two relievers) are wearing single digits, and we’ll see if one of the starting crew can throw the first single-digit no-no. They are: the Toronto Blue Jays’ Marcus Stroman (No. 6), the Tampa Bay Rays’ Blake Snell (No. 4), the Seattle Mariners’ Mike Leake (No. 8), the St. Louis Cardinals’ Luke Weaver (No. 7) and the Padres’ Richard (No. 3). Los Angeles Dodgers starter Julio Urías (No. 7) is still trying to return from surgery, but we’ll keep him in the running.

The current trend of pitchers bucking tradition came into full focus on April 6, 2017, at the Trop, when Stroman (No. 6) faced off against Snell (No. 4). The Blue Jays’ Stroman lost his no-no on a second-inning Steven Souza single; the Rays’ Snell gave his up on a third-inning Darwin Barney single.

Only two of tho current single-digit pitchers have reached the seventh inning with a no-hitter intact.

Urías reached the seventh inning with a no-no going for the Dodgers on Tuesday, May 9, 2017, before losing it when the Pittsburgh Pirates’ Andrew McCutchen led off with a ground-rule double. Current single-digit starter Leake reached the seventh inning with a no-no intact on Tuesday, June 2, 2015, but at the time he was wearing No. 44 for the Cincinnati Reds. The spoiler in that effort was the Philadelphia Phillies’ Maikel Franco, who lined a two-out single up the middle.

The night of the Stroman-Snell game, ESPN Stats & Info noted that the Jays-Rays matchup marked the first time that single-digit number pitchers faced off since Sept. 14, 1941, when the Boston Braves’ Johnny Hutchings (No. 5) battled the Chicago Cubs’ Johnny Schmitz (No. 7) during the second game of a Wrigley Field doubleheader. Phil Cavarretta spoiled Hutchings’ effort with a first-inning home run; Hank LaManna’s second-inning double killed Schmitz’s bid.

The two relievers wearing single-digit numbers are the Chicago Cub’ Carl Edwards Jr., who has worn No. 6 for his entire four-year stint in Chicago, and the Colorado Rockies’ Adam Ottavino, who has worn No. 0 since 2013.

Ottavino told the Denver Post that the tradition dates back to his youth days, when he liked having “0” for Ottavino on jerseys that didn’t include players’ names. Cleveland Indians reliever Matt Belisle, who wore No. 9 for the Minnesota Twins last year, has switched to the more traditional No. 46 for the 2018 season.