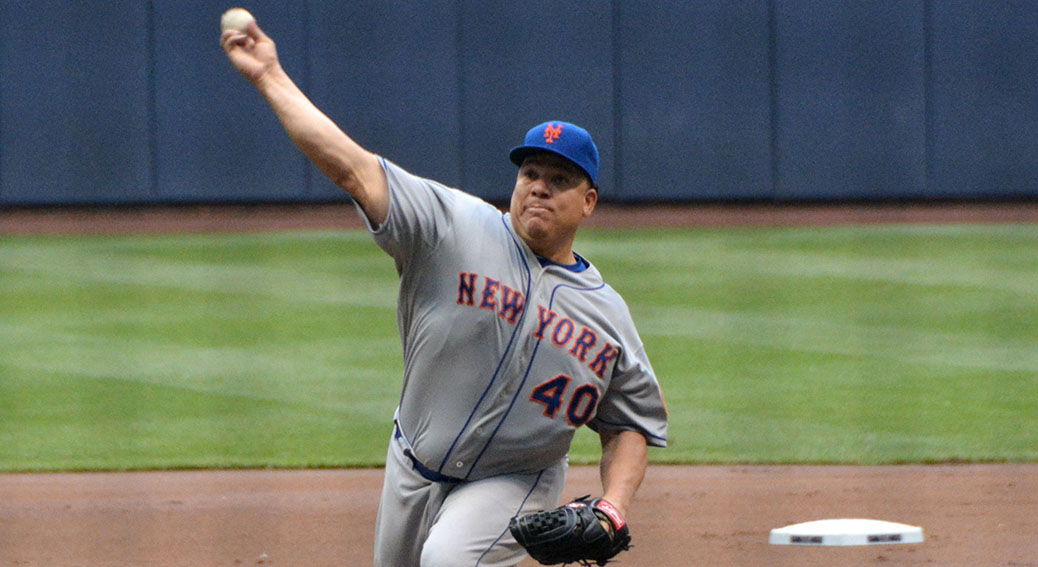 The Texas Rangers’ Bartolo Colon took a perfect game into the eighth inning on Sunday before losing it on a leadoff walk and then saying goodbye to the no-hitter on a double.

Colon, who would have been the oldest pitcher to throw a no-hitter, retired the first 21 Houston Astros batters he faced at Minute Maid Park before issuing a base on balls to Carlos Correa. Josh Reddick followed by hitting a double to kill the no-hitter.

Colon came nearly as close to a perfecto in 2014 while he was with the New York Mets. On Wednesday, July 23, 2014, at Safeco Field, Colon retired the first 20 Seattle Mariners batters he faced that afternoon before Robinson Cano broke it up with a two-out single.

On Sunday night, Colon had a chance of tying and breaking a couple of records. At 44 years, 326 days old, Colon could have eclipsed Nolan Ryan’s record of being the oldest to throw a no-hitter (Ryan was 44 years, 90 days).

And, since Colon (like all major-leaguers) was wearing No. 42 on Sunday to honor Jackie Robinson, he would have tied Sonny Siebert’s record of being the only pitcher to throw a no-hitter while wearing that uniform number. Siebert, playing for the Cleveland Indians, on Friday, June 10, 1966, no-hit the Washington Senators at Cleveland Stadium for a 2-1 win.