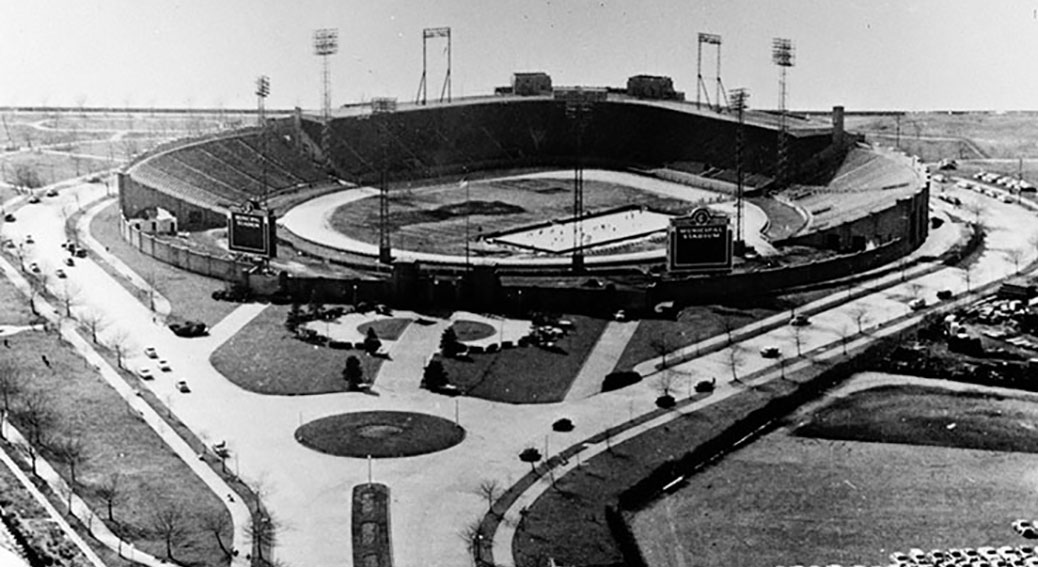 The Brooklyn Dodgers played 15 regular-season games at Jersey City’s Roosevelt Stadium during the 1956 and 1957 seasons, but none of them were no-hitters. The first N.J. Dodgers game was on April 19, 1956, and the displaced Brooklyn squad topped the Philadelphia Phillies for a 10-inning 5-4 win in an error-filled game (5 errors for the Dodgers, 3 for the Phillies). More than 12,000 fans watched the contest.

Although Roosevelt Stadium never got to host an MLB no-hitter before Brooklyn packed up for Los Angeles in 1958, it did host two standout pitching performances during the 15 games played in Jersey City.

On Wednesday, August 15, 1956, the New York Giants’ Johnny Antonelli tossed a complete game two-hitter against the Dodgers for a 1-0 victory. The Dodgers’ Don Newcome (8 innings) and Clem Labine (1 inning) allowed only four hits. On the night of Tuesday, September 3, 1957, the Philadelphia Phillies’ Jack Sanford (7 innings), Turk Farrel (4 innings) and Bob Miller (1 inning) combined to throw a 12-inning, 3-hitter against the Dodgers for a 3-2 win.

no-hitters tossed in MLB history
(295 in the N.L. and A.L.),
with the last thrown 3 months, 4 days ago. The record for most game days between no-hitters is 535, connecting Bobby Burke’s August 8, 1931 no-hitter for the Washington Senators to Paul Dean’s September 21, 1934 no-no for the St. Louis Cardinals.

The Oakland Athletics haven't fallen victim to a no-hitter for 31 years, 2 months, 16 days ago, the longest current streak in the majors. The A's are going to have to put in a lot more work to top the all-time mark by the Chicago Cubs, which lasted nearly 50 years (7,920 games).