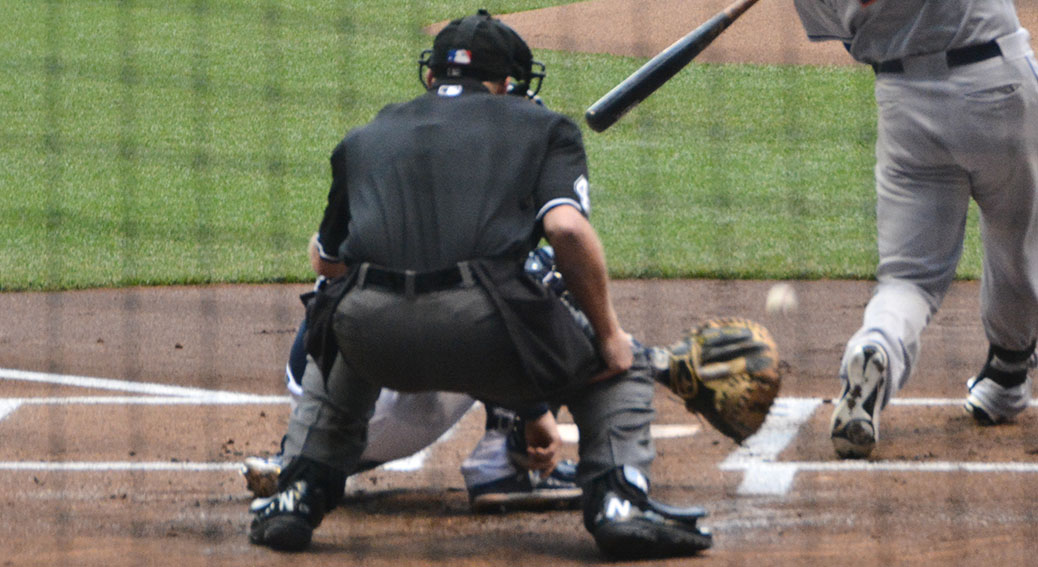 Hunter (or more formally Harry Hunter Wendelstedt III) has been a major league umpire since 1998, starting in the NL (1998–1999) until MLB standardized umpiring across the leagues in 2000.

Hunter’s father, Harry (or more formally Harry Hunter Wendelstedt Jr.), was an NL umpire from 1966 to 1998, and he was behind the plate for five NL no-nos:

On Saturday night, Manaea no-hit the Boston Red Sox for the 97th no-hitter in MLB history. Manaea struck out 10 and walked two en route to a 3-0 no-hit victory at Oakland–Alameda County Coliseum.