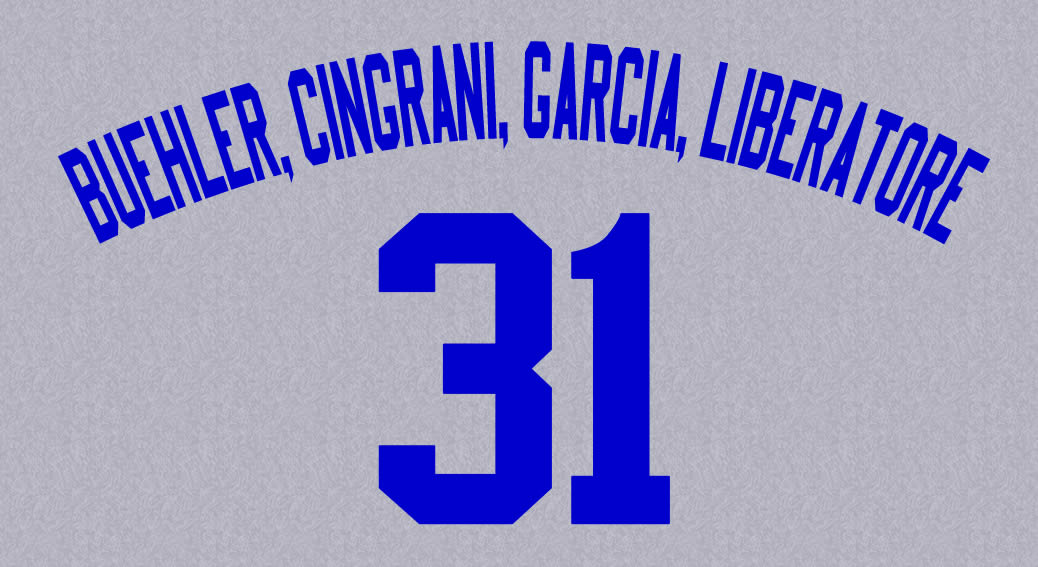 Lowest? No. 11, by the Boston Red Sox’s Hideo Nomo and the New York Yankees’ Doc Gooden.

Highest? No. 61, by the Red Sox’s Clay Buchholz and the Los Angeles Dodgers’ Josh Beckett.

Most difficult to duplicate? No. 42, by the Cleveland Indians’ Sonny Siebert. Why? Because it can only be matched each year on April 15, when the entire MLB wears the league-retired No. 42 in celebration of Jackie Robinson Day.

It’s all good fun, but there has always been a bit of frustration related to how combined no-hitters fit into the mix.

On Sunday, just moments after I tweeted out that no MLB pitcher had thrown a no-hitter wearing a number as high as 65, the Yankees pulled Domingo Germán, No. 65, and put Germán’s no-no in the hands of Dellin Betances, No. 68, immediately killing the uniform number angle. (The no-no died an inning later.)

And on Friday night, just moments after I sent out a tweet noting that Dodgers starter Walker Buehler was looking to join Paul Dean, Bob Lemon and Warren Spahn (2) in the No. 21 no-no club, manager Dave Roberts handed the ball to reliever Tony Cingrani, No. 54, as Los Angeles went on to throw a four-pitcher combined no-hitter against the San Diego Padres in Monterrey, Mexico.

To bring combined no-nos into the uniform number conversations, I decided to assign a uniform number to such efforts weighted to the number of innings pitched using the following formula:

A table showing the results for each of MLB’s 12 combined no-hitters is below, but here are some highlights:

During the Pittsburgh Pirates’ combined 10-inning no-hitter of 1997, Francisco Cordova, No. 67, threw nine innings of no-hit ball and Ricardo Rincon, No. 73, threw one inning. The weighed average comes out to No. 67.6, the highest of any MLB no-hitter.

Two other combined no-hitters arrive at an integer. The Angels’ Mark Langston, No. 12 (7 innings) and Mike Witt, No. 39 (2 innings) gets assigned No. 18, putting the pair in a group with the Chicago White Sox’s Bill Dietrich, the St. Louis Cardinals’ Lon Warneke, the Yankees’ Don Larsen, the Kansas City Royals’ Bret Saberhagen, the San Francisco Giants’ Matt Cain and the Seattle Mariners’ Hisashi Iwakuma.