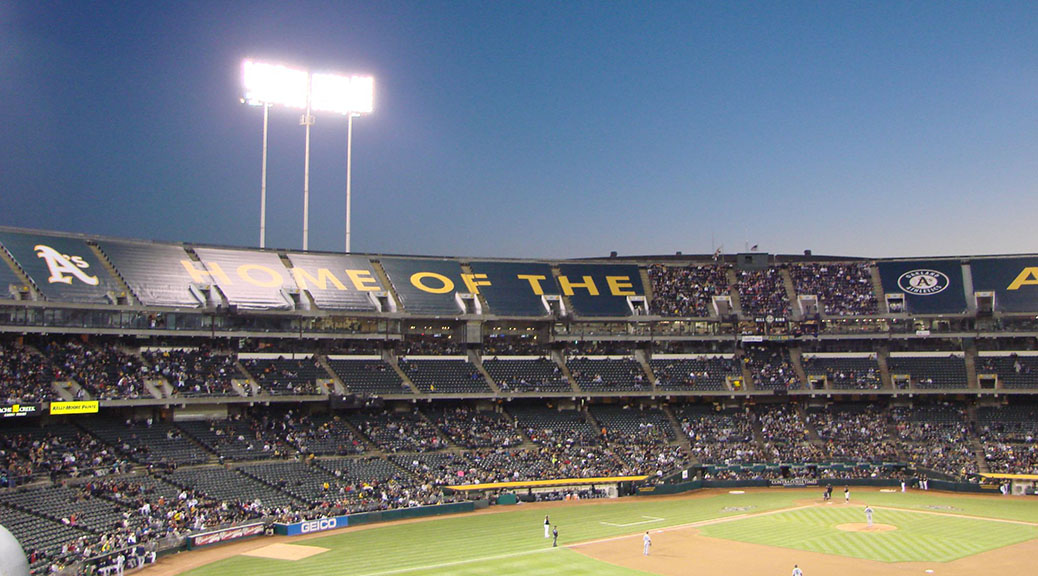 May 9, 2010, was Mother’s Day, a somber yet significant holiday for a man who lost his mom to melanoma when he was 17. Braden’s grandmother “Grandma Peggy” was in the Oakland–Alameda County Coliseum crowd that afternoon as Braden retired each of the 27 Tampa Bay Rays he faced. The two shared a touching moment after the 4-0 win.

The majority of the outs were routine, but Braden’s no-no was aided by several great plays by third baseman Kevin Kouzmanoff.

Feature image The Coliseum by Amy Meridith under license CC BY ND 2.0