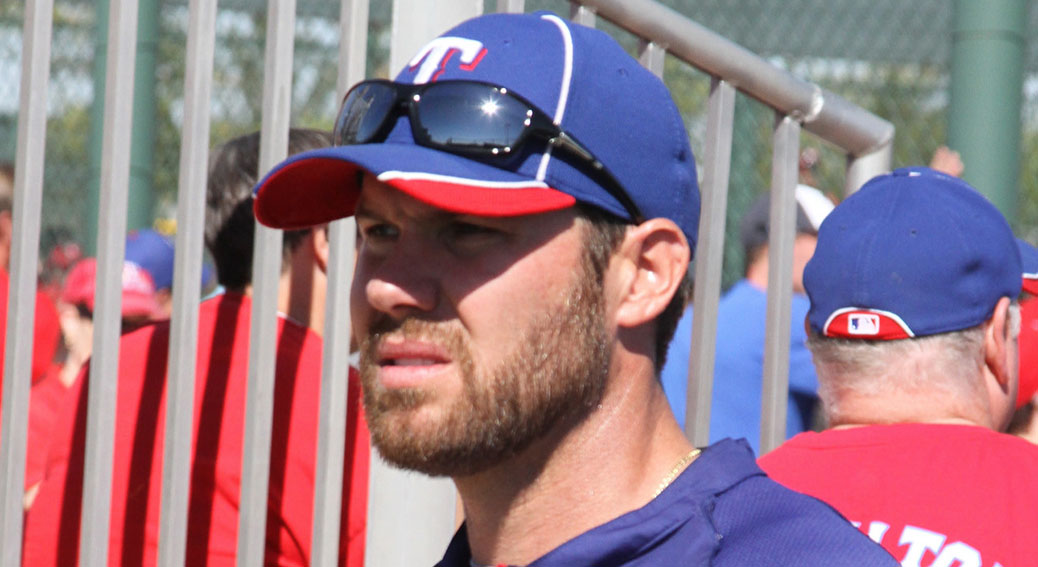 The Texas Rangers’ Colby Lewis lost a perfect game in the eighth inning and a no-hitter into the ninth, two years ago today.

On Thursday, June 16, 2016, in a game against the Oakland Athletics at O.co Coliseum, Lewis lost his perfecto by issuing a two-out walk to the A’s’ Yonder Alonso. He escaped the eighth with the no-no intact but lost it in the ninth on a leadoff double by Max Muncy that was just a hair out of the reach of outstretched left fielder Nomar Mazara.

Lewis had to settle for a 5-1 complete-game victory.

Lewis had another near-miss against the A’s in 2015. On Friday, September 11, 2015, at Globe Life Park, Lewis retired the first 21 batters before yielding a double down the left field line to Danny Valencia. The Rangers won 4-0.

Colby Lewis by Mike LaChance under license CC BY 2.0, cropped.