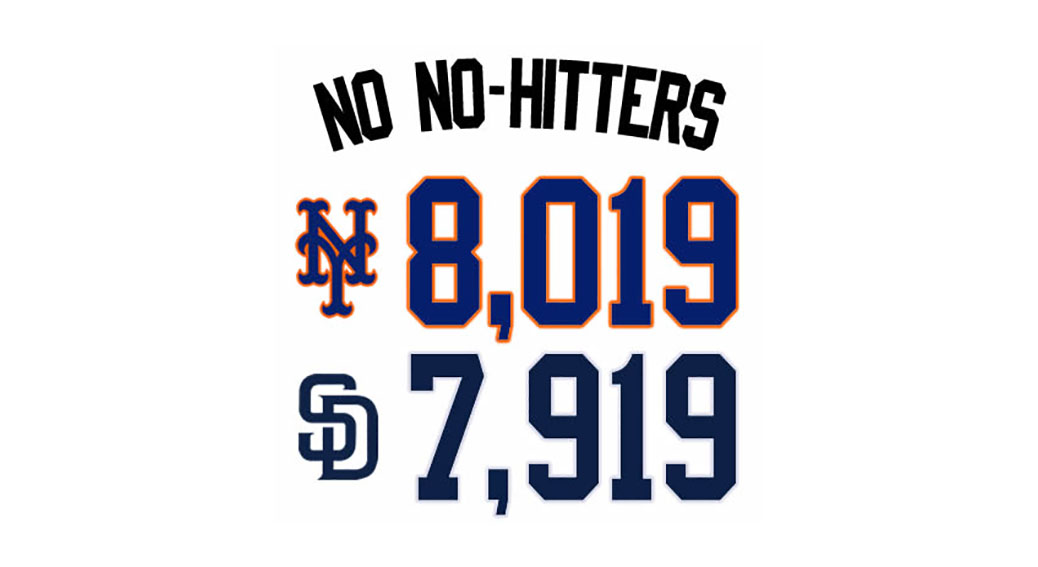 The San Diego Padres are now just 100 games away from matching the New York Mets’ mark of most games without a no-hitter to start a franchise.

At the same ballpark on Wednesday afternoon, as part of a streak dating back to 1969, the Padres reached 7,919 regular-season games without a no-hitter when Kevin Plawecki hit a fifth-inning RBI single off Clayton Richard.

The Mets reached the 7,919 mark on Aug. 5, 2011, when the Atlanta Braves’ Jason Heyward hit a second-inning homer off Dillon Gee as the Braves topped the Mets 6-5.

If a Padres pitcher can’t toss a no-no in the next 100 games, San Diego would surpass New York in late May 2019.