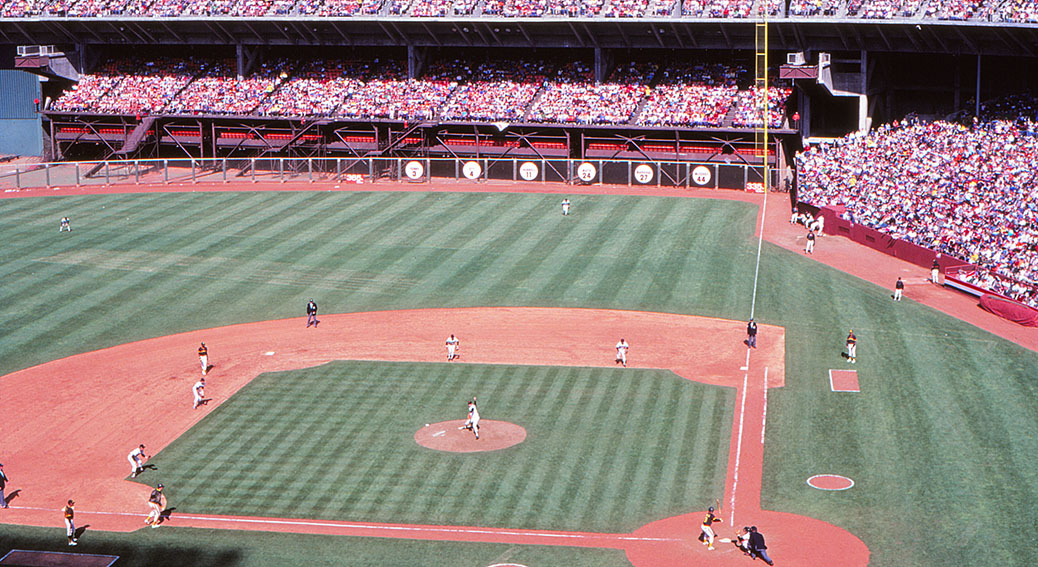 The Mets actually had 12 hits on August 24, 1975, the day that Halicki hurled his no-no at Candlestick Park. Unfortunately, all 12 hits came in the first game of the doubleheader. The Mets won the opener 9-5, thanks in part to a fifth-inning Grand Slam by Dave Kingman.

Halicki struck out 10 and walked two in the nightcap, which turned a bit controversial in the fifth inning when the Mets’ Rusty Staub hit a line drive up the middle.

The ball ricocheted off of Halicki’ shin and rolled to second baseman Derrel Thomas. Thomas bobbled it before throwing to first, allowing the far-from-fleet-footed Grande L’Orange to beat the throw. The official scorer received cheers when he ruled the play an E-4, a call that New York Daily News columnist Dick Young took issue with. Halicki has since said he thought the call was correct.

no-hitters tossed in MLB history
(294 in the N.L. and A.L.),
with the last thrown 18 days ago. The record for most game days between no-hitters is 535, connecting Bobby Burke’s August 8, 1931 no-hitter for the Washington Senators to Paul Dean’s September 21, 1934 no-no for the St. Louis Cardinals.

The Cleveland Guardians franchise owns the longest current no no-no streak among teams that have thrown a no-hitter. It has been 41 years, 0 months, 13 days ago since Len Barker tossed a perfect game against the Toronto Blue Jays at Cleveland Stadium.

The Oakland Athletics haven't fallen victim to a no-hitter for 30 years, 10 months, 15 days ago, the longest current streak in the majors.