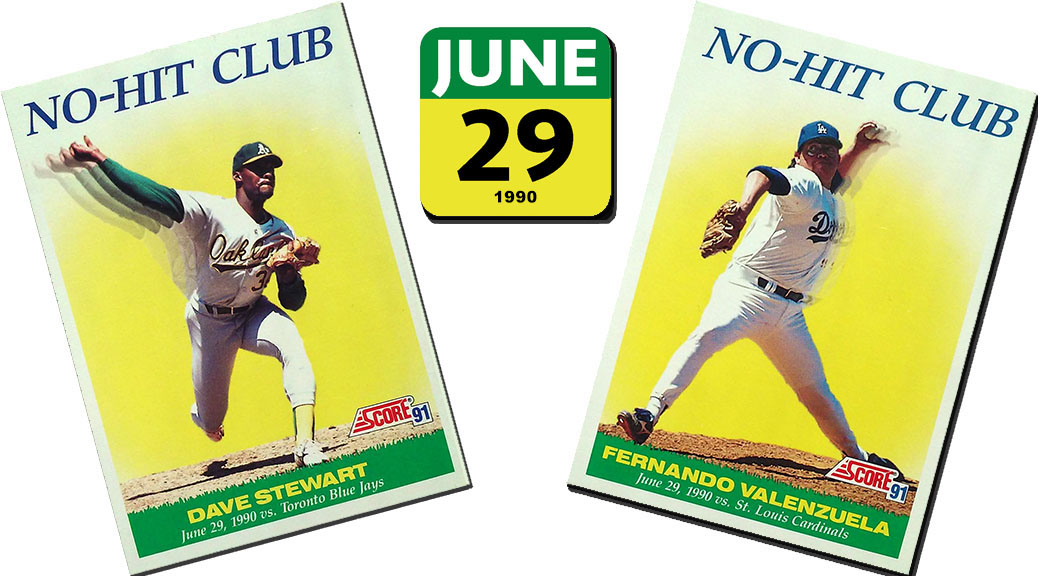 On Friday, June 29, 1990, Stewart no-hit the Blue Jays for a 5-0 victory at the SkyDome. Hours later and thousands of miles away, the Los Angeles Dodgers’ Fernando Valenzuela no-hit the St. Louis Cardinals for a 6-0 win at Dodger Stadium.

The games marked only the second time that no-hitters were thrown on the same day. The other two were back in 1898: