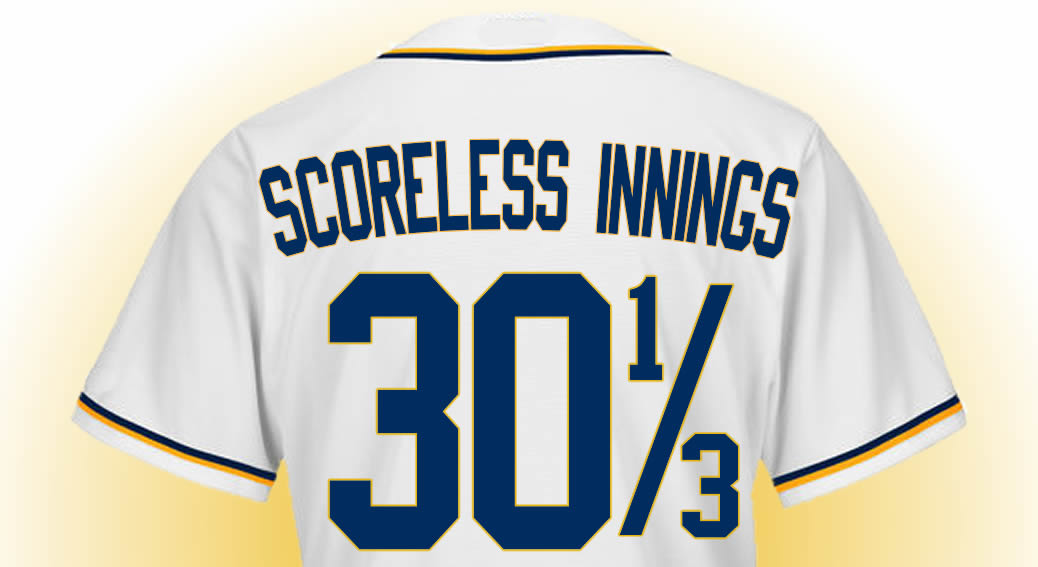 The San Diego Padres set a major-league record by becoming the first club to open a season by getting shut out three straight times, three years ago today.

In going down 1-2-3 in the ninth during a 7-0 loss at Petco Park on Wednesday, April 6, 2016, the Padres surpassed the 1943 St. Louis Cardinals, a squad that couldn’t score its first run against the Cincinnati Reds until the eighth inning of the third game (Stan Musial scored on a passed ball).

The Padres finally broke through two days later at Coors Field during the team’s fourth game, exploding on the Colorado Rockies for six runs in the fourth to halt the scoreless-innings mark at 30⅓ innings. It was Jon Jay’s RBI single off eventual Friar Jordan Lyles that scored Melvin Upton Jr. and gave San Diego its first 2016 run.