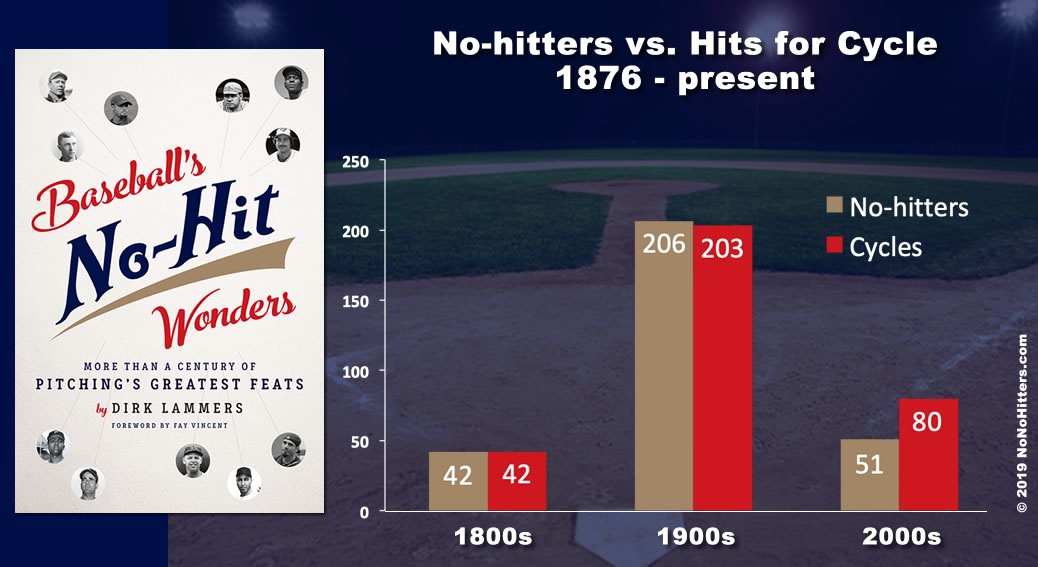 On Friday night, the Minnesota Twins’ Jorge Polanco completed the first cycle of the 2019 season (and the 325th in major-league history), hitting a triple in the first inning, a single in the third, a homer in the fifth and a double in the seventh against the Philadelphia Phillies at Citizens Bank Park. Meanwhile, no-hitters are holding steady at 299, falling behind by 26 feats in a contest that has always been considered a pitchers’ duel.

Even when pitchers in 2012 tried to make it a game by responding with an MLB record-tying seven no-hitters, cycles didn’t yield much ground. The 2012 seasoned featured the New York Mets’ Johan Santana tossing the franchise’s first-ever no-hitter, perfectos by the Chicago White Sox’s Philip Humber, the San Francisco Giants’ Matt Cain and the Seattle Mariners’ Felix Hernandez, and plain-old no-nos by the Los Angeles Angels’ Jered Weaver, a Seattle Mariners tandem and the Cincinnati Reds’ Homer Bailey.

Cycles responded with one by the New York Mets’ Scott Hairston, two in the same month by the Arizona Diamondbacks’  Aaron Hilland one by the Texas Rangers’ Adrián Beltré.

I’m trying to figure out a valid reason for this, but both no-hitters and cycles are random oddities and there probably is no explanation. Any thoughts?