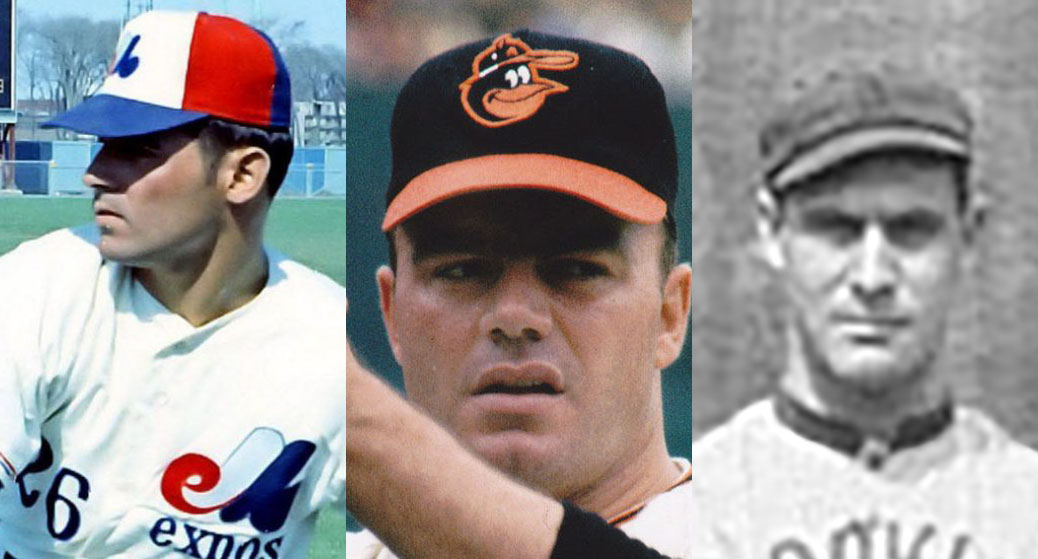 Stoneman threw two no-hitters for the Montreal Expos. His first came in the club’s ninth game, as Stoneman no-hit the Philadelphia Phillies on Thursday, April 17, 1969 at Connie Mack Stadium. His second came during the first game of a Parc Jarry doubleheader on Monday, October 2, 1972, as the Expos topped the New York Mets 7-0.

Phoebus a Baltimore native who turns 77 today, tossed a no-no for his hometown Orioles on Saturday, April 27, 1968 at Memorial Stadium. The O’s topped the Boston Red Sox in that game 6-0.

Lafitte began his career with the Detroit Tigers. He moved over to the competing Federal League in 1914 and was pitching for the Brooklyn Tip-Tops when he threw his no-hitter against the Kansas City Packers during the first game of a doubleheader on Saturday, September 19, 1914 at Brooklyn’s Washington Park.