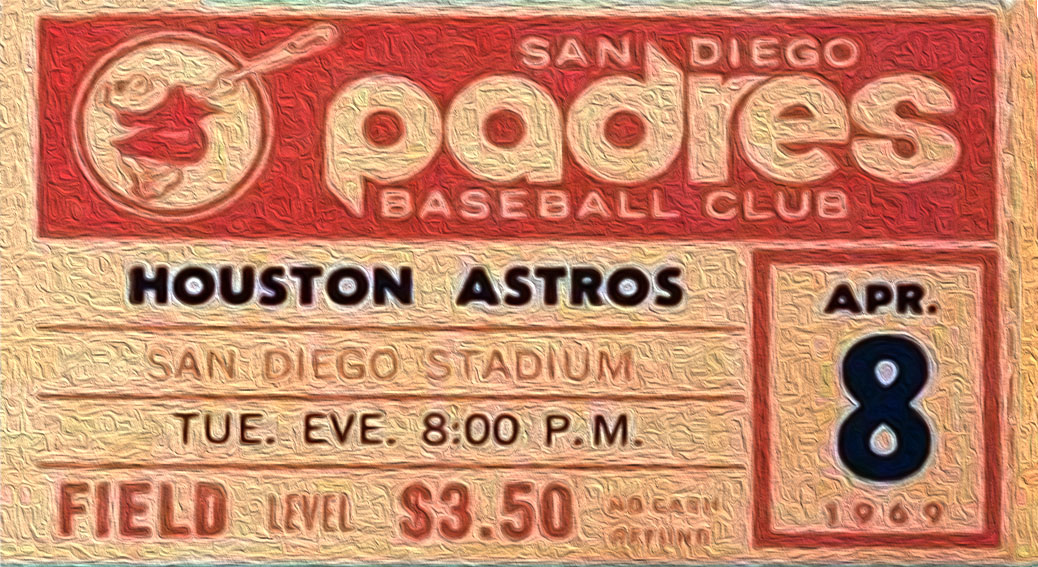 On Tuesday April 8, 1969, in the franchise’s first game, Padres starter Dick Selma gave up a leadoff single to right to the Houston Astros’ Jesús Alou, starting the no no-hitters streak at 1.

Earlier that day, the Mets’ no no-hitters count reached 1,137 when Bob Bailey of the Montreal Expos tagged Tom Seaver for a first-inning RBI double. That streak reached 8,019 games by June 1, 2012, when the Mets’ Johan Santana no-hit the St. Louis Cardinals to pass the baton to the Padres.