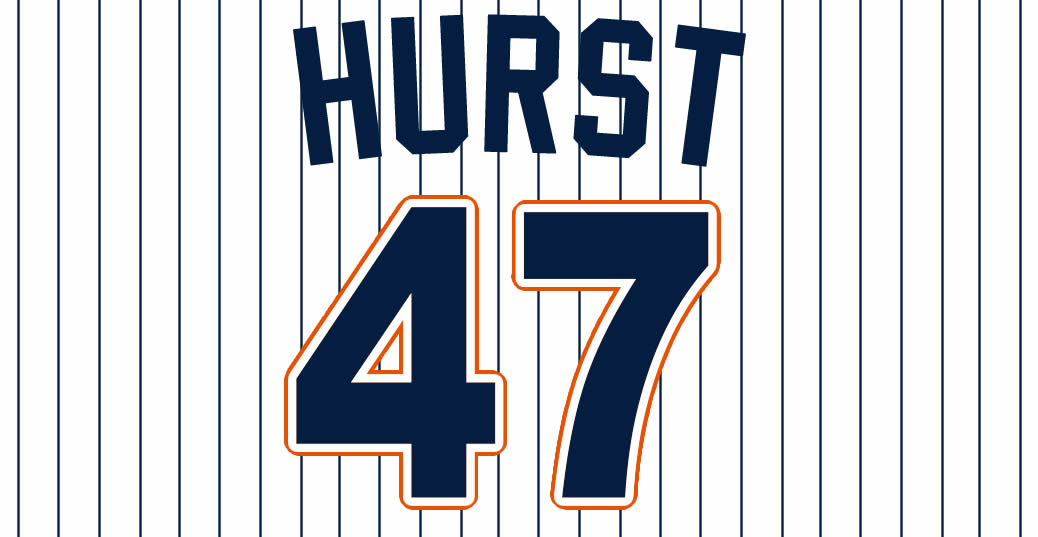 On April 10, 1989, at Jack Murphy Stadium, Hurst one-hit the Atlanta Braves for a 5-2 win. Lonnie Smith killed the no-hitter with a two-run homer in the the third inning, advancing the Padres’ no no-hitters streak to 3,185 games.