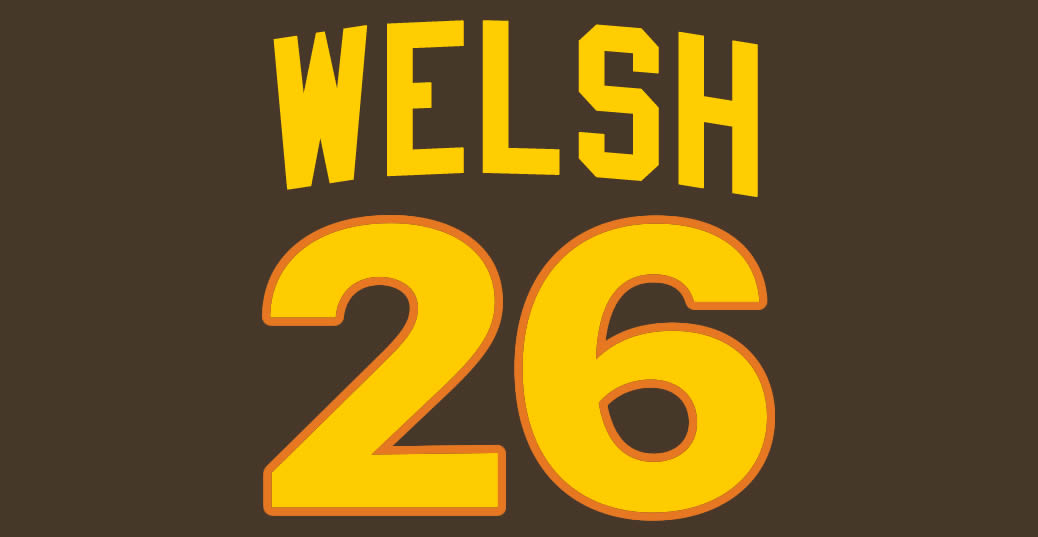 Welsh was nursing a 2-0 lead over the Cincinnati Reds on Wednesday, June 23, 1982. After he took the Riverfront Stadium mound for the seventh inning, Cesar Cedeño led off with a double to kill Welsh’s no-hit bid, advance the Padres no no-no count to 2,110 games and spark a three-run rally.

Gary Lucas came in to end the seventh inning and the Padres tied the game in the top of the eighth, but the Reds’ Paul Householder hit a two-run homer off Eric Show in the bottom of the eight to lead the Reds to a 5-4 victory.

Welsh spent the ’81, ’82 and part of the ’83 seasons with the Padres before his contract was purchased by the Montreal Expos. The next month after his no-no bid against the Reds, Welsh reached the fifth but saw his no-hitter broken up with one out by the New York Mets’ Ellis Valentine. In his other Padres outings, Welsh twice reached the fourth inning and lost seven no-nos in the third, 12 in the second and 16 in the first (8 on the leadoff batter).