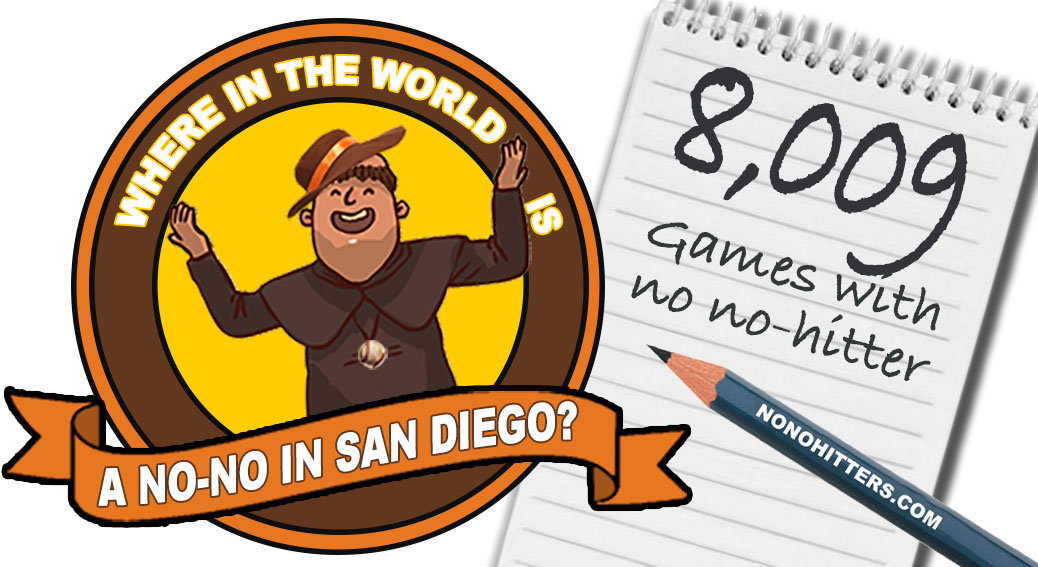 The San Diego Padres’ Eric Lauer took a no-hitter into the fifth inning on Friday before Chris Taylor led off the inning with a homer to left.

The Padres’ Eric Lauer made a strong effort for a no-no on Friday night as Hunter Renfroe made two nice grabs in the second inning to keep his bid going.

Barring a miracle, the Padres would tie the Mets against the Dodgers in Los Angeles on May 15 and break the mark at Petco against the Pittsburgh Pirates on May 16.

no-hitters tossed in MLB history
(295 in the N.L. and A.L.),
with the last thrown 1 month, 23 days ago. The record for most game days between no-hitters is 535, connecting Bobby Burke’s August 8, 1931 no-hitter for the Washington Senators to Paul Dean’s September 21, 1934 no-no for the St. Louis Cardinals.

The Cleveland Guardians franchise owns the longest current no no-no streak among teams that have thrown a no-hitter. It has been 41 years, 3 months, 3 days ago since Len Barker tossed a perfect game against the Toronto Blue Jays at Cleveland Stadium.

The Oakland Athletics haven't fallen victim to a no-hitter for 31 years, 1 month, 5 days ago, the longest current streak in the majors.