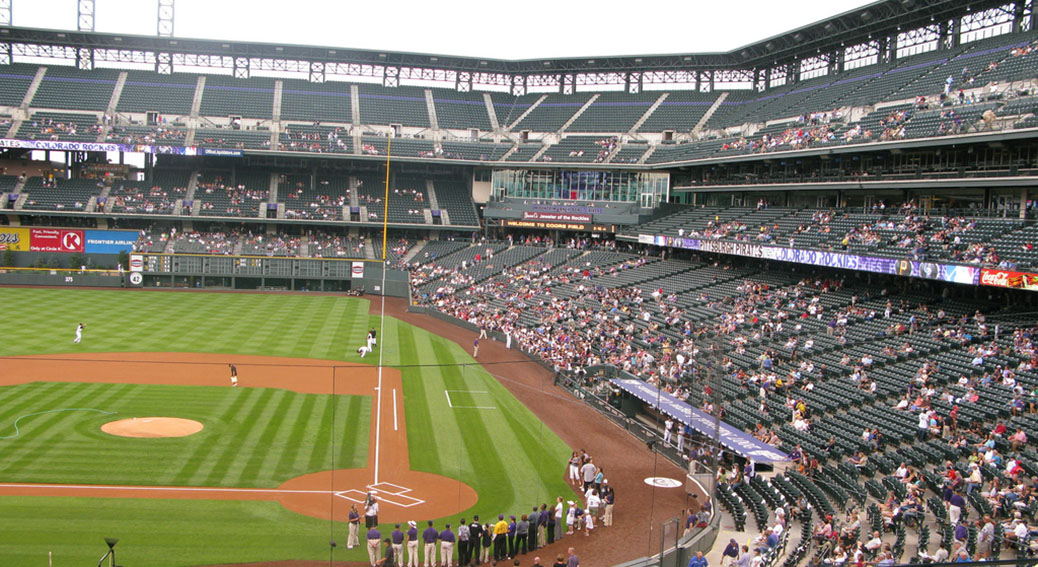 The San Diego Padres have just five more chances to avoid reaching the New York Mets’ 8,019-game record for no-hit futility, and three of those games will be played in the majors’ most hitter-friendly park. The good news is that the Padres are one of just four major league teams to allow one hit or less at circa-1995 Coors Field.

The Los Angeles Dodgers’ Hideo owns the only no-no in Coors Field history, but there have been six one-hitters — including one by the Padres.

On Monday, September 19, 2011, Padres starter Cory Luebke threw 5⅔ innings of no-hit ball before the Rockies’ Mark Ellis hit a two-run home run over the center-field wall for the 6,834th Padres game with no no-hitter. Luebke stayed in through the seventh, and Ernesto Frieri threw two innings of perfect ball in relief as the Padres topped the Rockies 8-2 for a combined two-hitter.

The Padres have three games at Coors Field — Friday, Saturday, and Sunday — then two at Dodger Stadium on Tuesday and Wednesday before returning to Petco Park next Thursday. If the Padres can’t throw a no-no, the team would tie the Mets mark of 8,019 regular-season games without a no-hitter on Wednesday in L.A. and break the mark at home Thursday against the Pittsburgh Pirates. NoNoHitters.com will be at both.

Here are all the games of one hit or less thrown at Coors Field: