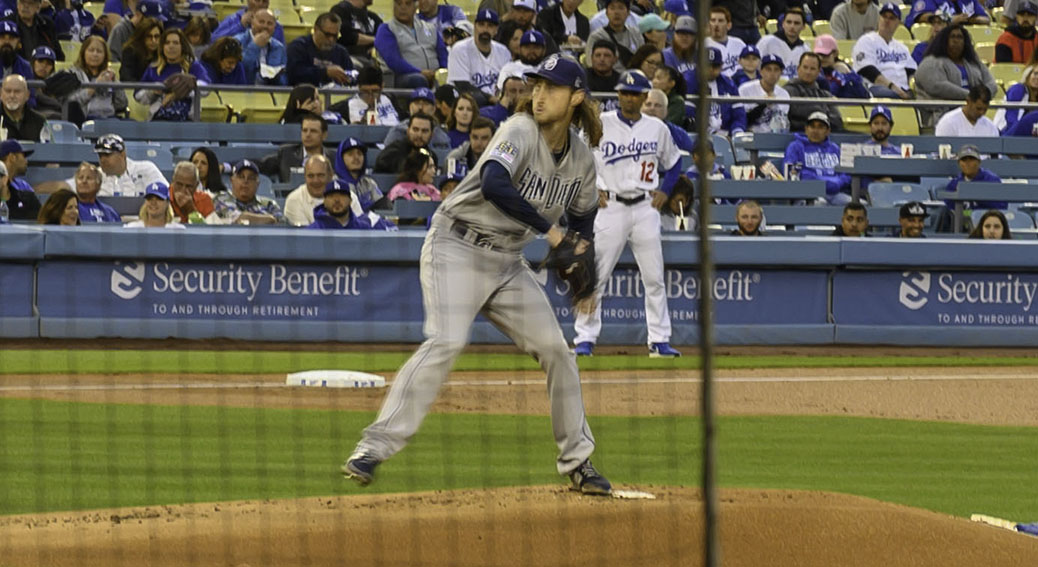 The Dodger Stadium scoreboard shows a “1” in the Los Angeles hit column, marking the 8,019th regular-season Padres game without a no-hitter.

The Mets reached 8,019 — a number that two days later would become that franchise’s final tally — on May 30, 2012, when the Philadelphia Phillies’ Ty Wigginton hit a second-inning homer off Dillon Gee. In the Mets’ next game on June 1, 2012, Johan Santana no-hit the St. Louis Cardinals to end the circa-1962 streak.

Unless Eric Lauer can throw a no-hitter in the team’s 8,020th regular-season game tomorrow night at Petco, the circa-1969 Padres are poised to become sole owners of the record.

I’m going to get back to the action, as it’s my first outing to Dodger Stadium and I want to enjoy the rest of the game. I’ll see you at Petco tomorrow.