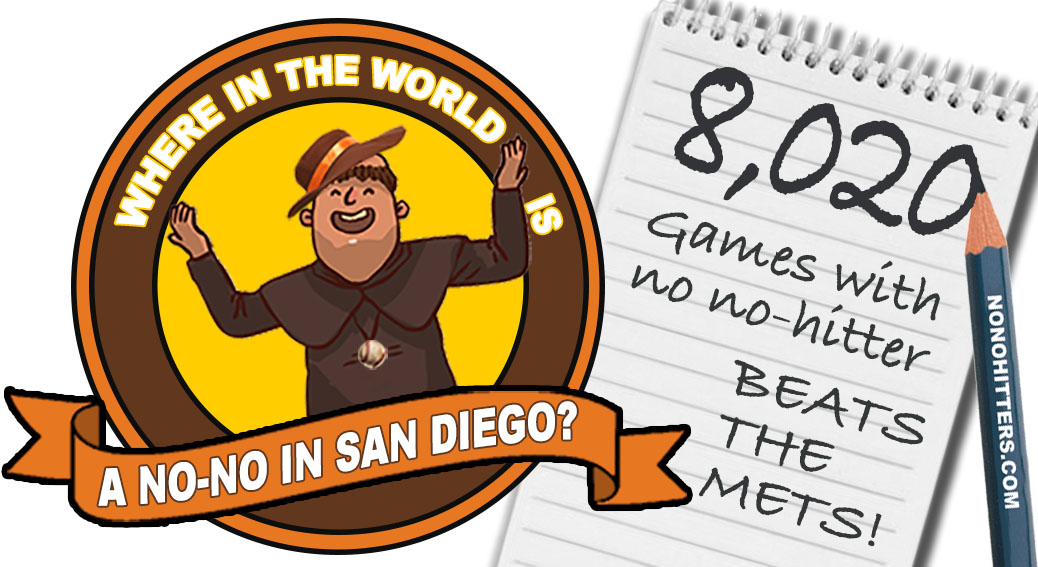 The Padres, who have played 34 post-season games, do have a chance of avoiding the total game record when counting those match-ups. San Diego has now played 8,054 total games without a no-hitter, 39 shy of the Mets total of 8,093 (74 post-season games). Maybe we’ll tweet during that game in late June or early July for old time’s sake, but NoNoHitters.com is officially putting daily count updates on hiatus until the Padres draw close to the Philadelphia Phillies’ mark for the longest drought — 8,945 games.

For now, I’m going to get back to the action here at Petco and see if the Padres can notch a W.