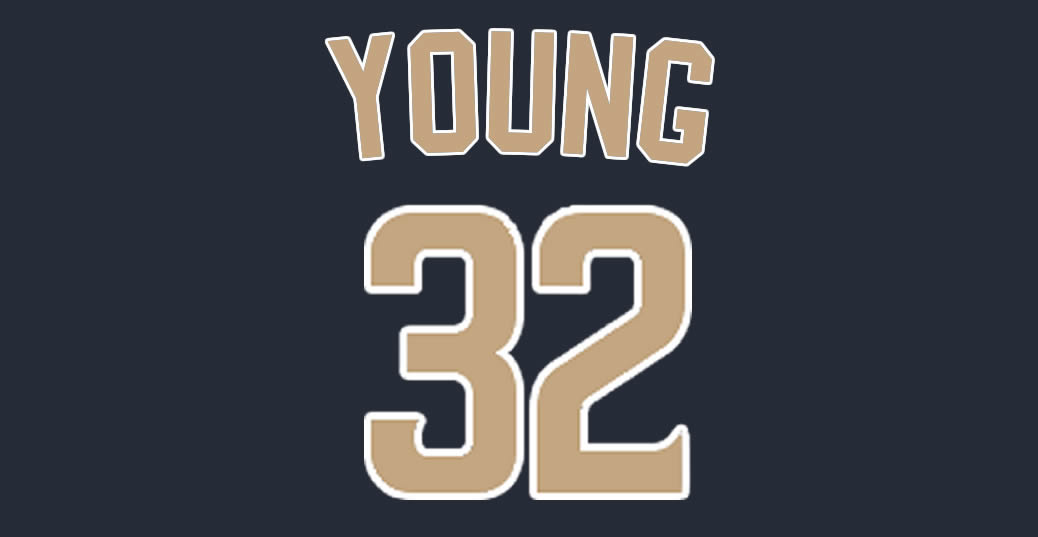 On Tuesday, May 30, 2006 at Petco Park, Young held the Colorado Rockies hitless through seven innings, issuing just a couple of fourth-innings walks as his teammates built a 2-0 lead. Brad Hawpe led off the eighth with a leadoff line-drive double to right to move the Padres’ no no-hitters count up to 5,921 regular-season games. Young finished off the inning before handing the ball off to closer Trevor Hoffman, who allowed a hit in the ninth but preserved the shutout.

Young made two other valiant attempts for a Padres no-no. At Petco on Friday, September 22, 2006, he threw 8⅓ innings of no-hit ball against the Pittsburgh Pirates before pinch-hitter Joe Randa tagged him for a two-run homer that marked Padres no no-hitter No. 6,022. The Padres won 6-2 in a one-hitter by Chris Young (8⅔ inn.) and Cla Meredith (⅓ inn.).

And at Miller Park two years later on Sunday, September 7, 2008, Young took a no-no against the Milwaukee Brewers into the eighth before Gabe Kapler launched a two-out eighth-inning homer to deep left for no no-hitter No 6,337, The Padres won that game 10-1.