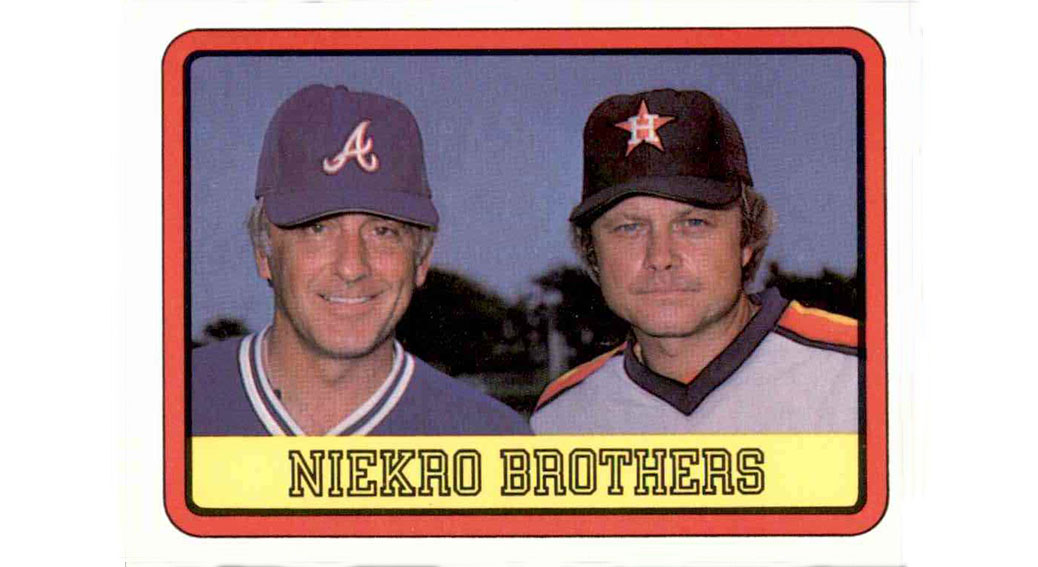 On Sunday June 22, 1969, Niekro reached the seventh inning without allowing a hit, issuing just a first-inning walk to the Houston Astros’ Jim Wynn. Niekro’s no-hitter appeared to be over in the third inning, but Sandy Valdespino missed first base on what appeared to be a double, turning the play into a ground out.

With one out in the seventh, after Wynn reached first base on an fielding error by Padres third baseman Ed Spiezio, Denis Menke stepped to the plate and lined a single to left to kill the no-no. Niekro gave up one run in the inning, and reliever Billy McCool yielded another in the eighth, as the Astros topped the Padres 1-0 for no no-hitter No. 72.

Joe Niekro never threw a major-league no-hitter, but he did throw a minor-league perfect game in 1972 after a brief AAA demotion from the Detroit Tigers. On July 16, 1972, is his first game with the Toledo Mud Hens, Niekro tossed the 7-inning perfecto in the second game of a doubleheader aginst the Tidewater Tides, the New York Mets’ affiliate.

Niekro’s brother Phil, who spent most of his career with the Atlanta Braves, tossed a no-hitter against the San Diego Padres in 1973.