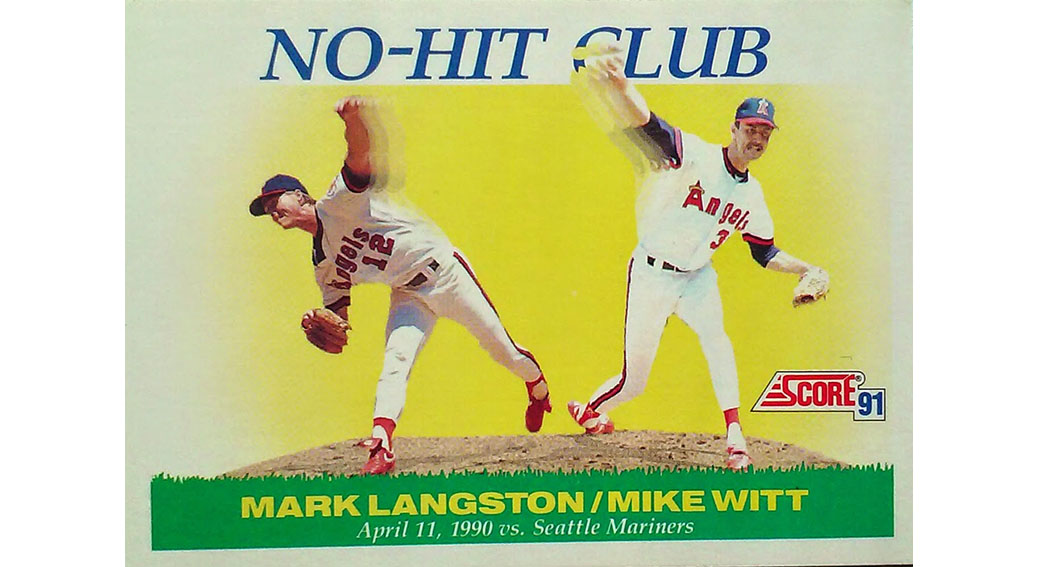 On Wednesday, April 11, 1990 at Anaheim Stadium, Langston threw seven innings of no-hit ball but took himself out of the game as his arm speed just wasn’t there. Manager Doug Rader brought in Witt, who was no stranger to no-hitters. Witt had pitched a perfect game for the Angels on the final game of the 1984 season, topping the Texas Rangers at Arlington Stadium for a 1-0 win.

Witt needed to retire just six batters in this contest, and his two perfect innings closed out the combined no-hitter and secured a 1-0 victory for the Angels.