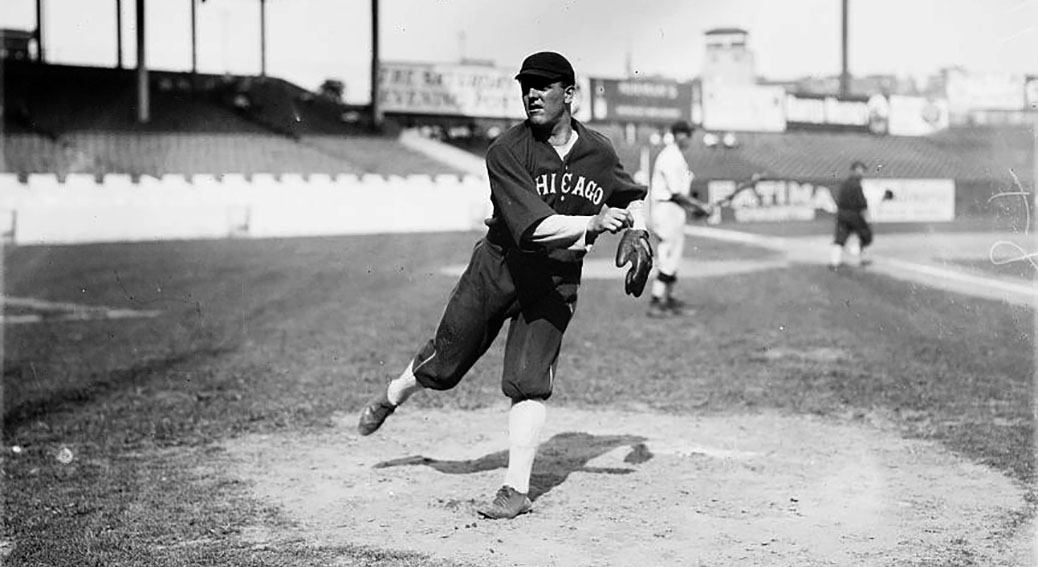 Cicotte, one of eight players permanently banned from major league baseball in 1920 for allegedly throwing the 1919 World Series, no-hit the Browns at Sportsman’s Park on Saturday, April 14, 1917 for an 11-0 victory. Cicotte struck out five and walked three, and another Browns runner reached base on an error by Sox first baseman Chick Gandal.

Cicotte and seven teammates, including “Shoeless” Joe Jackson, were banned for life due to their involvement in what became known as the Black Sox Scandal. Cicotte’s catcher for the no-no, Ray Schalk, was not involved in the ’19 Series scheme and continued playing until 1929, catching two additional official no-nos (Joe Benz’s 1914 no-hitter against the Cleveland Naps and Charlie Robertson’s 1922 perfect game against the Detroit Tigers).