No-hitter and immaculate inning on same day, 57 years ago today 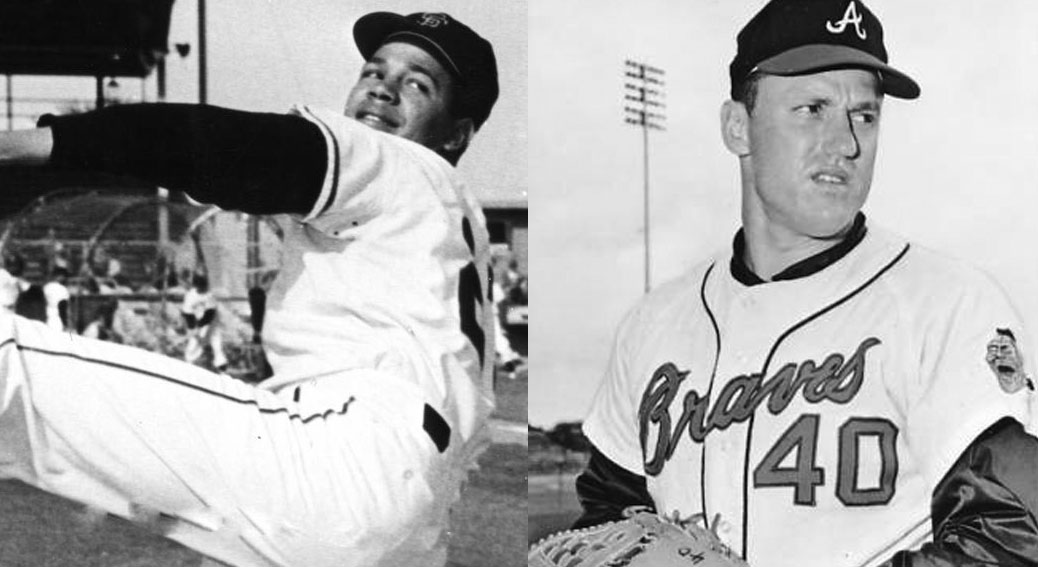 Baseball fans got to celebrate a no-hitter and an immaculate inning on the same day, 57 years ago today.

On Saturday, June 15, 1963, the San Francisco Giants’ Juan Marichal no-hit the Houston Colt .45’s at Candlestick Park for a 1-0 victory. That same day, more than 2,100 miles northeast at County Stadium, the Milwaukee Braves’ Tony Cloninger tossed an immaculate 8th inning during a 5-3 win over the Philadelphia Phillies, striking out Tony González, Clay Dalrymple and Rubén Amaro on nine pitches.

The Marichal-Cloninger combo marked only the second time a no-hitter and an immaculate inning occurred on the same day. The first time involved just one pitcher.

On Saturday, June 30, 1962, the Los Angeles Dodgers’ Sandy Koufax no-hit the expansion New York Mets at Dodger Stadium for a 5-0 victory. In the first inning of that game, Koufax struck out Richie Ashburn, Rod Kanehl and Félix Mantilla on a total of nine pitches for the majors’ 12th immaculate inning. It marks the only time a pitcher accomplished both rare feats in the same game.

NoNoHitters.com now keeps a list of this other pitching rare feat here.